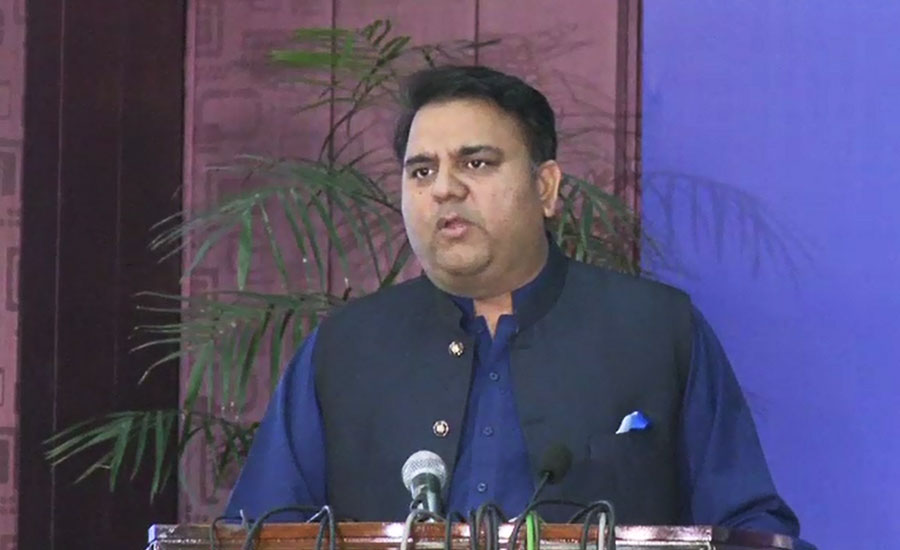 ISLAMABAD (92 News) – Minister for Science and Technology Fawad Chaudhry on Sunday strongly criticized the meeting held between Pakistan Muslim League-N (PML-N) Vice President Maryam Nawaz and Pakistan Peoples’ Party (PPP) Chairman Bilawal Bhutto Zardari. Taking jibes about the lifestyles of the PPP and PML-N leaders, Fawad Chaudhry took his twitter and said, “The leaders of the poor are stepping off private jets. [They] reached the billion-rupee sultanate in their million-rupee, bullet-proof cars.” “As soon as they sit on their designer furniture, they are welcomed with water from France. Afterwards, they talk about inflation and the living standard of the poor,” he tweeted.

Pakistan Peoples’ Party (PPP) Chairman Bilawal Bhutto Zardari and Pakistan Muslim League-N (PML-N) Vice President Maryam Nawaz agreed to increase cooperation among opposition parties against the government. During the one-on-one meeting at PML-N supremo Nawaz Sharif’s residence in Jati Umra, both the leaders decided to launch a decisive movement inside and outside the parliament. PML-N leaders Rana Sanaullah, Sardar Ayaz Sadiq, Maryam Aurangzeb and others were also in attendance. Bilawal, Maryam resolve not to let budget be passed in parliament The PPP chairman and the (PML-N) vice president agreed not to let the federal budget-2019-20 be passed in the Parliament. During the meeting between Bilawal and Maryam, the contemporary political situation following the announcement of Federal Budget 2019-20. In the meeting attended by the close aides of both political parties’ leaders, the two young leaders agreed not to let the Federal Budget 2019-20 be passed and decided to develop a plan of action in this regard. They also decided to go ahead with their political strategy in line with the spirit of the democratic constitution.