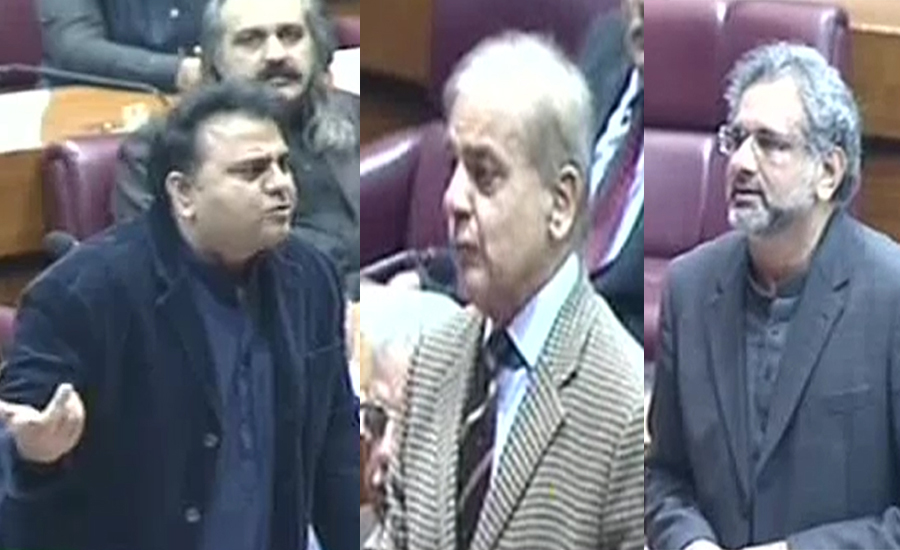 ISLAMABAD (92 News) – Federal Minister for Information Fawad Ch said that the problem is with the political training of the Pakistan Muslim League-Nawaz (PML-N). Addressing the National Assembly on Wednesday, he said that Khawaja Saad Rafique was arrested after the cancellation of his bail from the Lahore High Court. “All the cases are being tried since the previous government,” he maintained. Fawad Ch said that hooligans are not troubled by the arrest of Shehbaz Sharif or Saad Rafique, but they fear their own arrest. Opposition Leader in the National Assembly Shehbaz Sharif said that faces are being recognized in the name of accountability. “I am an accused and cannot say anything about the NAB,” he said. He demanded the speaker issue the production order of Saad Rafique. Former prime minister said that what the NAB doing is not accountability. “The departments are under the government. They should not level the allegations, but should conduct the investigations,” he said. He said that Prime Minister Imran Khan also faces the helicopter case and he should be arrested.