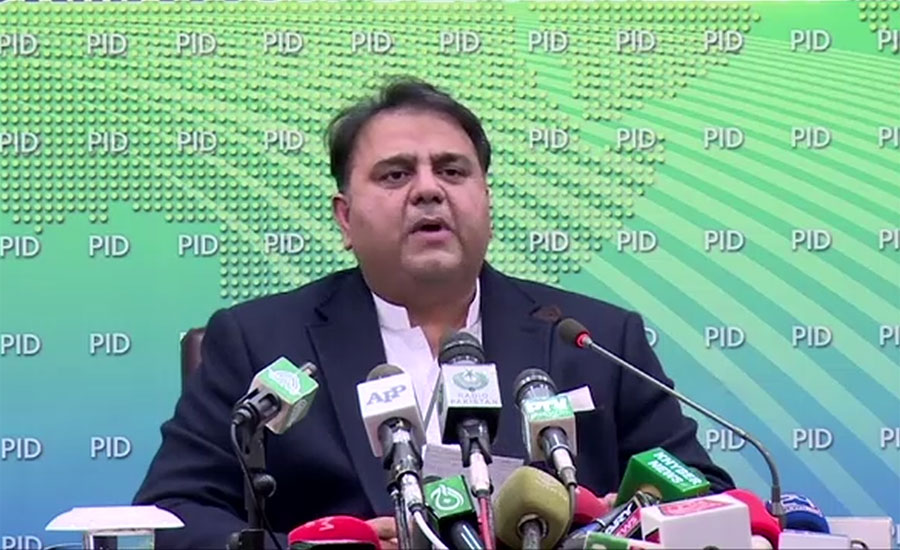 ISLAMABAD (92 News) – Minister for Information Fawad Chaudhry said on Thursday that the army and government currently have best coordination in the history, said the federal minister. Addressing press conference after a meeting of the federal cabinet on Thursday – which was presided over by Prime Minister Imran Khan – the minister once again demanded Opposition Leader in National Assembly (NA) Shehbaz Sharif’s resignation from the Public Accounts Committee (PAC) chairmanship. Fawad Ch mentioned that the Pakistan Muslim League-N (PML-N) president should resign from the post of chairman the PAC. He also said that the PAC office is being used politically and others being probed under the National Accountability Bureau (NAB) have been made part of the committee. He also commented on the NAB’s authority, saying that the anti-graft watchdog rights are not being reduced and it needs to be empowered. He said that the NAB’ procedures need to be transparent and impartial. “In the session, there was no discussion on Aleem Khan’s arrest under the NAB,” the information minister mentioned. Responding to the hike in gas bills, he said that external audit of the additional gas bills has been ordered. He also held responsible former prime minister Shahid Khaqan Abbasi for finalizing unwanted LPG deal during his tenure. “It is because of Khaqan Abbasi that we are getting gas at higher rates,” he claimed.

A day earlier, Fawad Chaudhry on Wednesday said the arrest of senior Punjab minister Aleem Khan reflected the culture of Pakistan Tehreek-e-Insaf (PTI). Talking to the journalists, Fawad said that the way Aleem Khan tendered his resignation after his arrest clearly reflected the difference of PTI culture from other parties. The information minister termed that the opposition will now find other excuses after Aleem Khan’s arrest. “There were clamours why doesn’t the government nab persons from within its own ranks… now the opposition will now find other excuses,” he added. Fawad Chaudhry mentioned that the decision on Aleem Khan’s case will be taken on merit. He said the government was cooperating with all relevant institutions on the issue of accountability. “Strengthening of institutions is a sign of strengthened Pakistan”, he stated. PPP leader Nasir Hussain Shah said that the arrest of Alam Khan is similar to throw dust in the eyes. He said that Khan was made scapegoat as the purpose of show off. On the other hand, PPP senior leader Qamar Zaman Kaira said that there is no balance to arrest Aleem Khan just in one case.