Fawad rules out possibility of any change in cabinet immediately 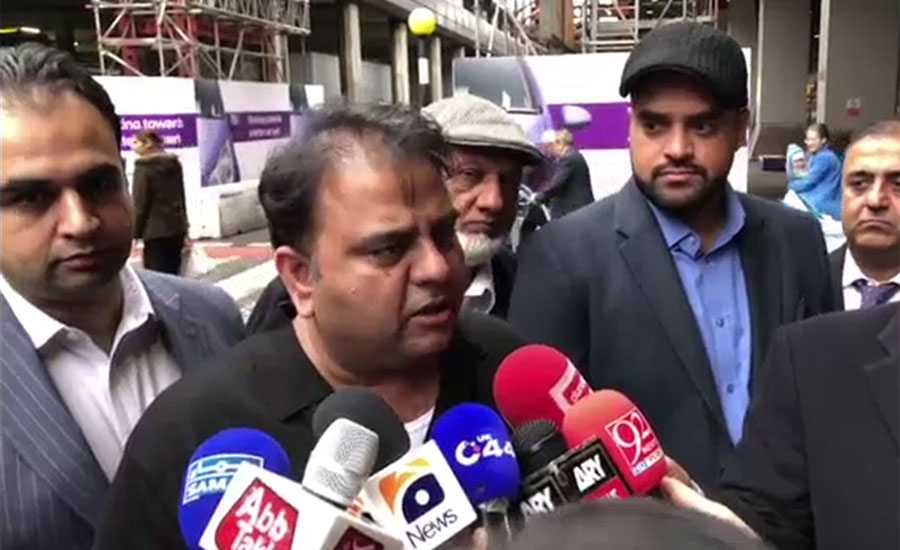 Fawad rules out possibility of any change in cabinet immediately

LONDON (92 News) – Minister of Information Fauud Chaudhary categorically ruled out mid-term elections and possibility of any change in the cabinet immediately. Addresses the seminar about “New Pakistan: Challenges and Opportunities” in London, Fawad Ch said that the properties worth of $11 billion was traced in UAE and UK. He mentioned that the former finance minister Ishaq Dar and Pakistani stashed money in UK would be taken back into Pakistan. He also said that the recovery of money laundering will be started form Ishaq Dar. The information minister has said development of backward areas like South Punjab is an important part of the government's manifesto. He said transparency and eradication of corruption are the main slogan and priority of the government. Talking about Kashmir dispute, he said that Kashmir is the core issue between Pakistan and India and Islamabad believes in its peaceful solution. He said Pakistan is a peace loving country and wants to establish better relations with neighbors including India. Speaking to the journalists after his arrival at London airport, Fawad Chaudhry said that he came here to felicitate the overseas Pakistanis for supporting the PTI during the election campaign. He maintained that the value of green passport will improve due the policies adopted by the Prime Minister Imran Khan. The minister said that the Pakistanis oversees are contented over the indiscriminate accountability process in the country. Taking at jibe at the opposition, Fawad said that those who brought the country on the brink of disaster are giving lectures to us. He also said that PML-N supremo Nawaz Sharif and former president Asif Ali Zardari had contested their last elections of their political career. Information Minister said that Nawaz Sharif and Asif Ali Zardari will remain in jail.