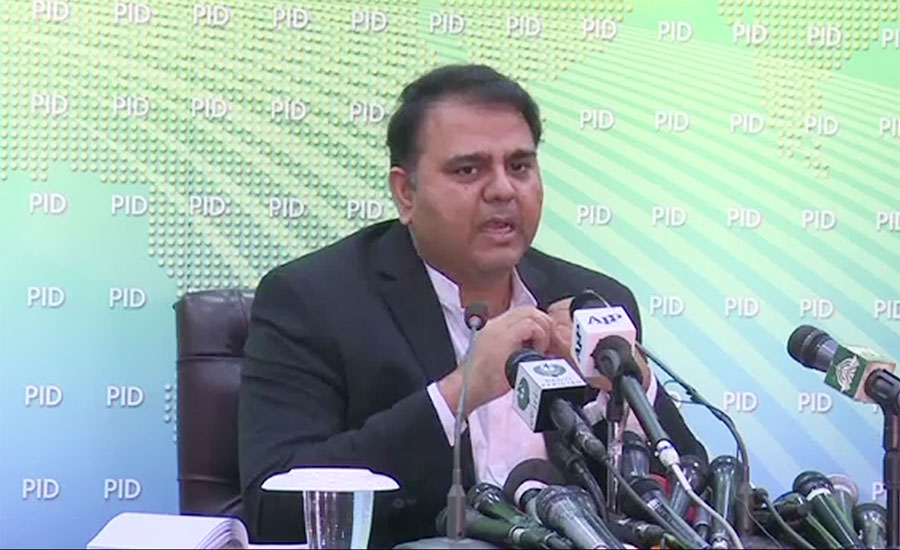 ISLAMABAD (92 News) – Minister for Information Fawad Chaudhry on Thursday said that the disqualified prime minister Nawaz Sharif will again go to jail. In an interview with a private TV channel, Fawad Ch claimed that the funds were transferred to Hill Metal Establishment by Capital FZE, which was then transferred to a driver, a cook and a guard. “The facts about Hill Metal Establishment case are before everyone,” he said, while alleging that Nawaz Sharif was chief executive officer (CEO) of a Dubai-based company, Capital FZE. “Then this Rs800 million was transferred to Maryam Nawaz's account altogether," he added. The minister also claimed that Prime Minister Imran Khan received messages from certain individuals seeking an NRO (National Reconciliation Ordinance). Fawad Hussain reiterated that the government’s zero tolerance policy about elimination of corruption saying it is committed to go ahead without any discrimination. He said any political or non-political figure, who is involved in acts of corruption will face serious consequences for wrong-doings. Rejecting the allegations being leveled by opposition parties regarding any 'financial deal' of Saudi package for Pakistan, Fawad Chaudhry said brotherly country has its own interests in this region. About Saudi Arabia's interest in China Pakistan Economic Corridor projects, the Minister said the Saudi government will invest in the infrastructure of this mega project. Regarding role of Pakistan in conflict among the Muslim nations, he said Pakistan will play a role as mediator to address the issue between Saudi Arabia and Yamen, under the dynamic leadership of Prime Minister Imran Khan. To a question about 18th Amendment, Fawad Chaudhry said the government has no plan to rollback it. Replying to another question, he said LNG agreement and prices would be reviewed.