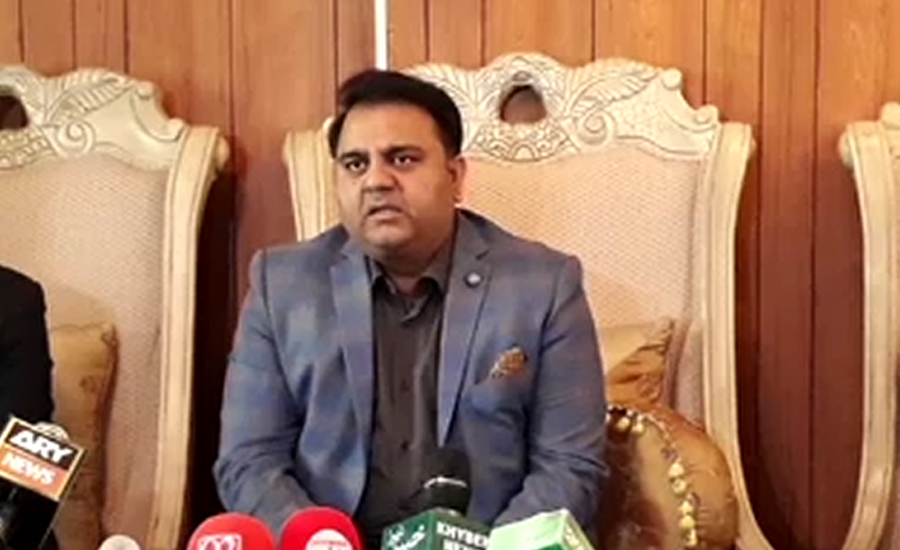 DUBAI (92 News) – Federal Minister for Information Fawad Chaudhry on Sunday termed that the successful dialogue between the US and Afghan Taliban would greatly benefit to Pakistan. Talking to the journalists in Dubai while commenting on the foreign policy, Fawad Chaudhry said Pakistan has played its role for peace and stability in Afghanistan and across the region including the Middle East. He said peace in Afghanistan would bring peace and stability to the region. “We have taken many steps for peace and stability in Afghanistan and Yemen,” he said. “Pakistan is an important partner in the Middle East,” he added. He said that Prime Minister Imran Khan wants peace in Afghanistan which will help with trade in the region. The information minister said Pakistan Tehreek-e-Insaf (PTI)’s policy is to promote peace which will benefit the people of the region. “PTI government’s policy is to have good relations with all neighbouring, regional countries.” Speaking about visas, Fawad said that the PTI government is striving to open the country to the whole world to increase business and sports activities. “We are working to enhance relations with UAE, Middle East, Gulf and other countries,” he added. To a question about the opposition, Chaudhry said that corruption cases against political party leaders were registered during the tenure of Pakistan Peoples’ Party (PPP) and Pakistan Muslim League-N government. He assured that those found involved in corrupt practices will not be spared. Commenting on the economy polices, Fawad hinted at to reach International Monetary Fund (IMF). He said that the government may take IMF loan package if the conditions would be in favour of the country and public.

Earlier, Fawad Chaudhry said that the Police Act of Khyber Pakhtunkhwa (KP) will be used as a model to bring reforms in Punjab Police. Briefing the journalists about a federal cabinet meeting, the info minister said that the meeting also underscored the need for training to change the police culture in the province.