Fawad’s statement about arrest of Nawaz presented before NAB court 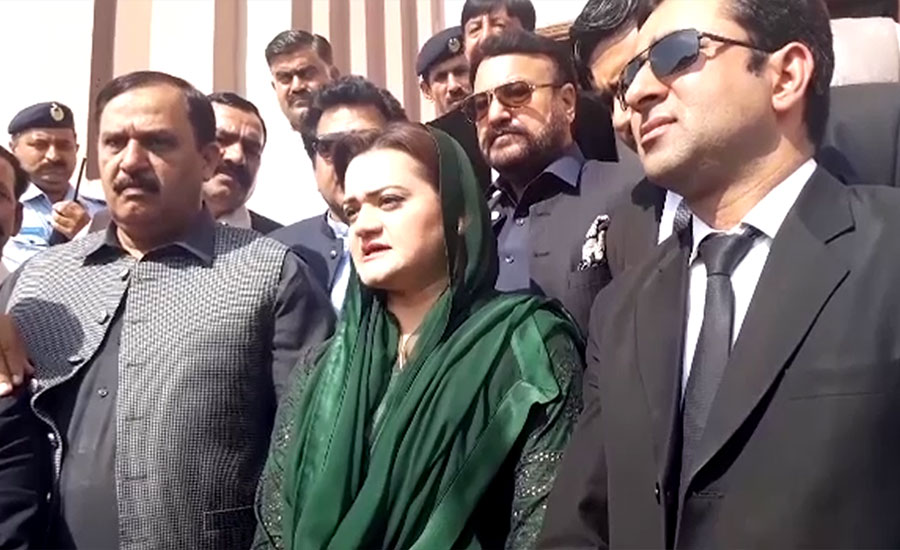 Fawad’s statement about arrest of Nawaz presented before NAB court

ISLAMABAD (92 News) – Disqualified prime minister Nawaz Sharif’s counsels on Friday presented the statement of Information Minister Fawad Chaudhry about arrest of Nawaz Sharif before an accountability court. The NAB court Judge Arshad Malik heard the Flagship Investment reference against the former premier. Nawaz Sharif appeared before court and Khawaja Haris, counsel of former premier, continued arguments on JIT head Wajid Zia consecutive fifth day. The counsel also urged the court to take notice of Fawad Chaudhry’s statement claiming that the former prime minister will be imprisoned again. Nawaz’s counsel Advocate Zubair Khalid said, “A minister has said that the former premier will 100 per cent go to prison again. The decision of court is near to be announced, so how then did he know that Nawaz will be sentenced?” The counsel pleaded that a notice should be issued to the information minister and summoned in the court. “If a notice is not taken regarding the statement then the court’s credibility will be damaged,” he asserted. Judge Malik then asked the court that did the minister make a general comment or refer to the court. “In a murder case suspects were claiming that they will be acquitted, but I said that no matter what suspects say the decision lies with the court,” the judge further remarked. On the other hand, Judge Malik directed Nazwaz’s counsel to submit a plea against Fawad Ch, adding that the court will see what to do with this statement.