Fayyaz Chohan says there will be no NRO 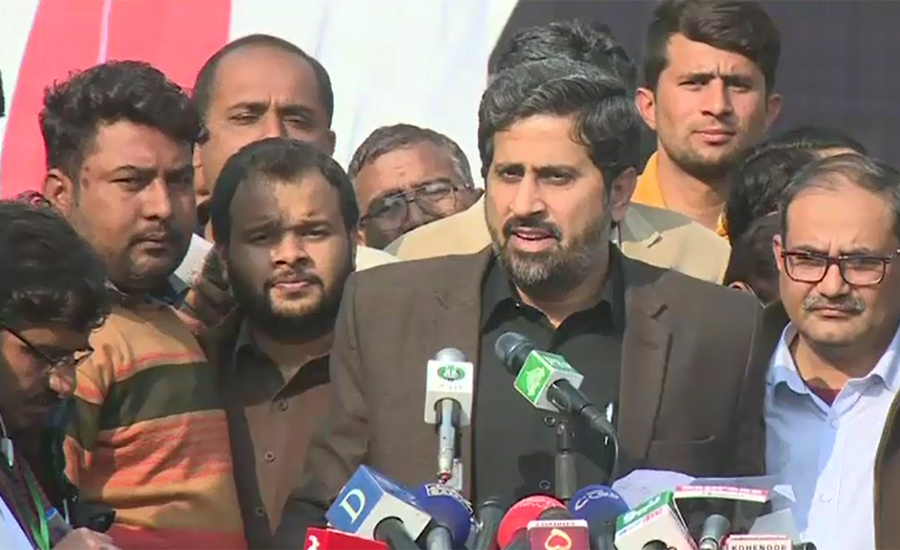 Fayyaz Chohan says there will be no NRO

BAHٓٓAWALPUR (92 News) – Punjab Information Minister Fayyazul Chohan has said that the politics of reconciliation was practiced in the past and now there will be no NRO. Talking to the media after the cabinet meeting in Bahawalpur on Saturday, he said that the prime minister will neither strike a deal nor spare anyone. “Nawaz Sharif and Asif Zardari will take the classes of music and dance in jail respectively,” he said. The minister expressed the resolve to remove deprivations of South Punjab. “Now Ali Baba has come who wants to save the country from 40 thieves,” he added. He said that the cases against Asif Zardari are continuing for last five years. “I am surprised that the name of Benazir Bhutto was not uttered for a single time during the death anniversary of Benazir Bhutto,” he said. Fayyaz Chohan said that those surviving on the tax money of people will not go scot free. He said that the government will increase the salaries of doctors. “279 ventilators are being purchased for the hospitals across Punjab,” he added. The minister said that the government will regularize the adhoc doctor. “A water council will be established, which will play the role in providing clean water to the masses.” He said that there will be no ban on recruitment of the disabled people in all ministries.