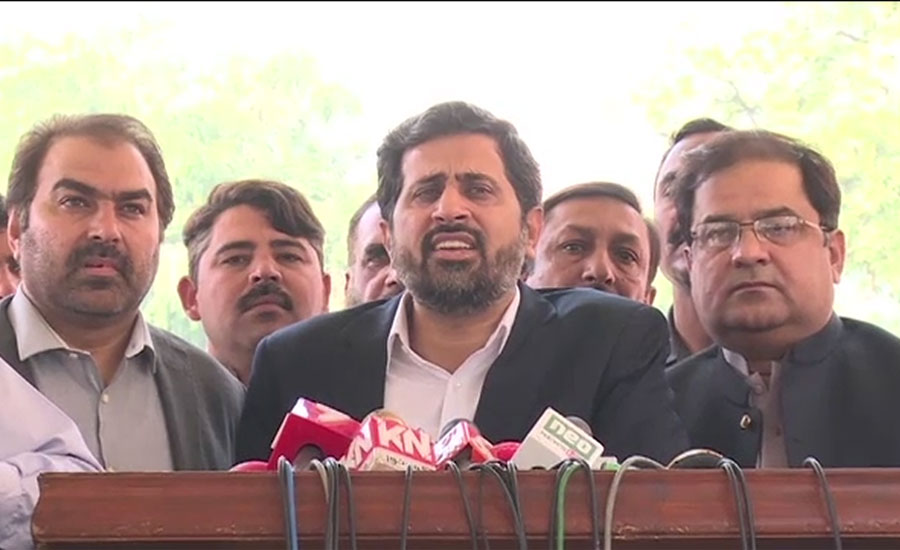 LAHORE (92 News) – Punjab Minister for Information Fayyazul Hassan Chohan said that Sardar Usman Buzdar will remain the chief minister. Talking to the media outside the Punjab Assembly on Monday, he said that there is no concept of forward bloc in Punjab. The minister said that the opposition leadership had gone to London to get their ‘plates’ rectified and spoons were rattling behind them. He said that Transparency International report raised a hue and cry. “Now the PML-N and the PPP should look for water to die after the explanation of Transparency International. The report pertains to 205, 16 and 17,” he said. Reacting to the statement of Fayyaz Chohan, Opposition Leader in the Punjab Assembly Hamza Shehbaz said that he had been hearing about the forward bloc claimed by Fayyaz Chohan since his childhood. “My hair have turned grey, but the forward bloc could not be formed in the PML-N,” he said. He said that the people are being crushed by the inflation. “People are now looking for the Old Pakistan,” he said. PML-N leader Rana Sanaullah said that the system would be able to run after the in-house change. “Premature and transparent elections are the solution to the problem,” he said.