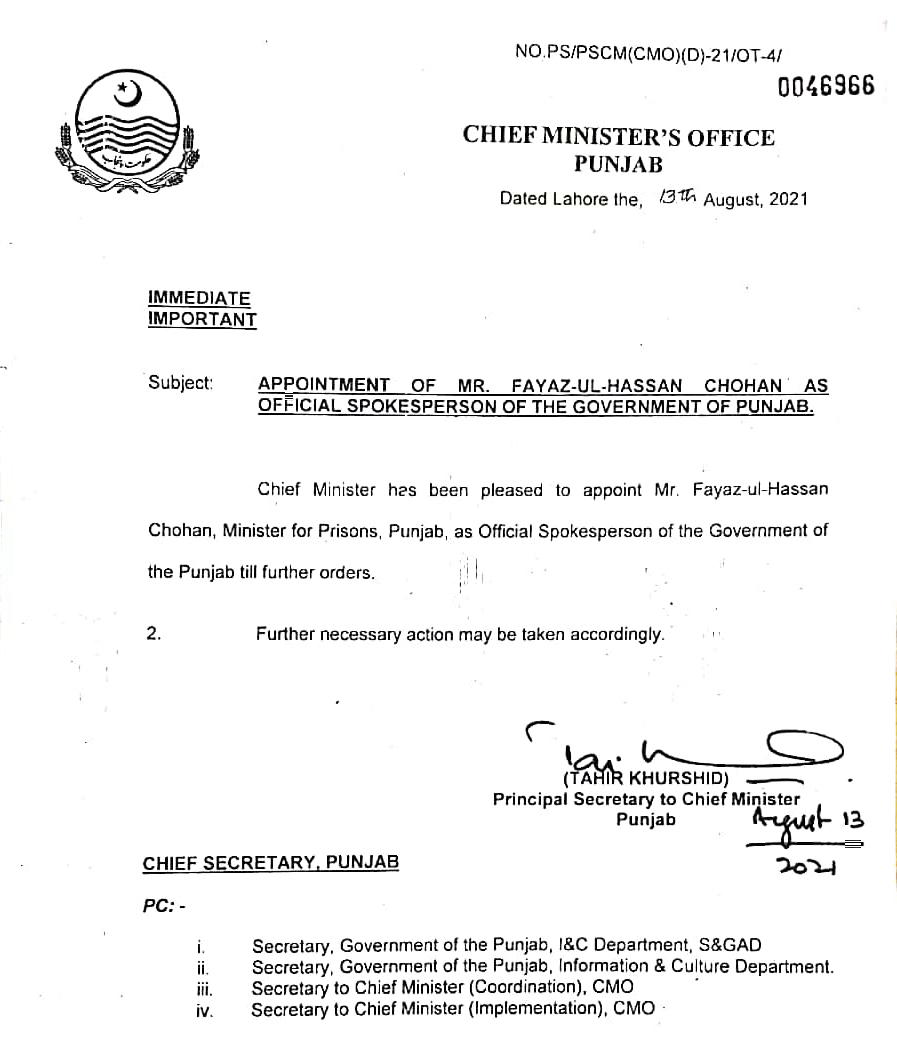 Reacting to his appointment, Fayyazul Hassan Chohan said that he would try to come up with the expectations of Prime Minister Imran Khan and Chief Minister Sardar Usman Buzdar.

"My basic agenda is to highlight successes of the Punjab government before the people. I will expose conspiracies hatched by the opposition against the government," he added.