Fazalur Rahman is restless for being away from power: Firdous Ashiq Awan 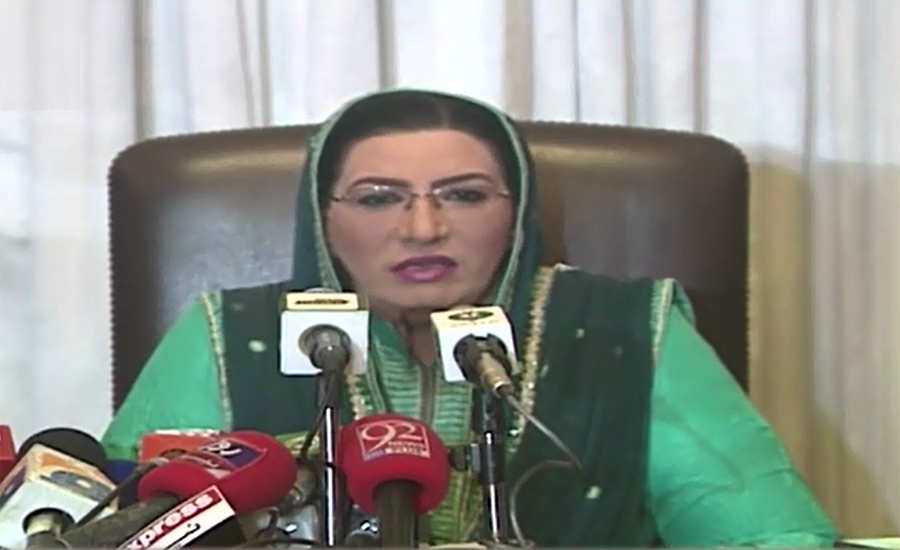 Fazalur Rahman is restless for being away from power: Firdous Ashiq Awan

ISLAMABAD (92 News) – Special Assistant to Prime Minister on Information and Broadcasting Firdous Ashiq Awan said that JUI-F chief Maulana Fazalur Rahman is restless for being away from the power. Addressing a press conference on Saturday, she said that Maulana Fazalur Rahman has always used the card of religion and again he has played the wrong cards. The special assistant said that the jailed leadership wants to use Maulana Fazalur Rahman. “No one will be spared from accountability. Maulana Fazlur Rehman will fail in his designs of stoking instability and chaos in the country.” She said that the government will complete five years. “The opposition is playing cat and mouse with Maulana Fazalur Rahman,” she said. “The government will not block a peaceful protest. The march should be for Kashmir and not to topple the government.” Firdous Ashiq Awan said that Prime Minister Imran Khan had introduced the true face of Islam before the world in the United Nations. “Pakistan has inherited economic problems. It is heading towards the right direction on the front of economy. “Prime Minister Imran Khan is busy in steering the country out of the problems. Pakistan is making progress in the industrial sector after the 60s,” she said. She said that the visa process had been made easy for investors. “Seminaries reforms will be introduced as per vision of Prime Minister Imran Khan,” he said. Firdous Ashiq Awan said that Prime Minister Imran Khan is the most popular leader of Pakistan. “It is the first government which started implementation on the National Action Plan. The government has introduced Madrassah reforms to enable the students of these institutions to get quality contemporary education,” she said. She said that Prime Minister Imran Khan is visiting China from Monday where he will discuss bilateral economic and trade relations and the CPEC related projects with the Chinese leadership. “The situation in Occupied Kashmir and India's aggression along the LoC will also be discussed during talks between Pakistani and Chinese leadership,” she said.