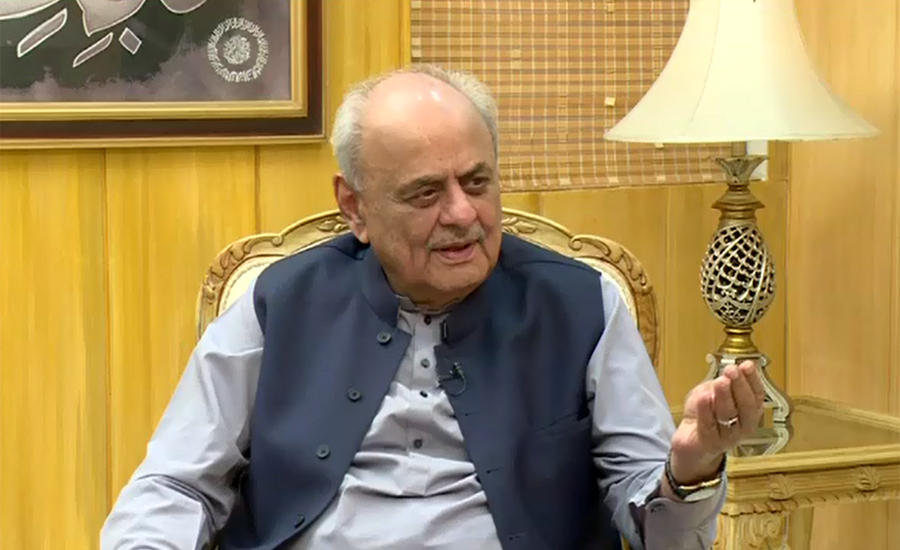 LAHORE (92 News) – Interior Minister Ijaz Shah said that they are satisfied as the  government is heading towards the right direction. In an interview with Senior Analyst Arif Nizami in 92 News’ Program ‘Ho Kaya Raha Hai’ on Wednesday, he said that the leader detained by the National Accountability Bureau (NAB) can leave the country after giving money. “Imran Khan himself is saying that I will not strike a deal.” He said that two-four people sitting around Mian Sahib got him entangled. “Had this not happened Mian Sahib would have been in the power again,” he said. The minister said that if the PPP is not supporting the sit-in it did not mean it had struck a deal with the government. “This movement cannot work as the situation in Kashmir is bad. The people know that the government is not responsible for this price-hike,” he said, adding that the sit-in would be a big political blunder of Maulana Fazalur Rahman. “Nothing will happen even if Maulana Fazalur Rahman stages a sit-in.” Ijaz Shah said that it has become easy to control crime due to the social media. “The people complain of price-hike, but they are feeling improvement,” he said. He said that the media has a role to formulate the society as the people are looking towards the media. About Khurshid Shah, Interior Minister Ijaz Shah said that he (Khursheed Shah) had been arrested because he had done something.