Fazl asks Nawaz to remain steadfast in decision not to resign 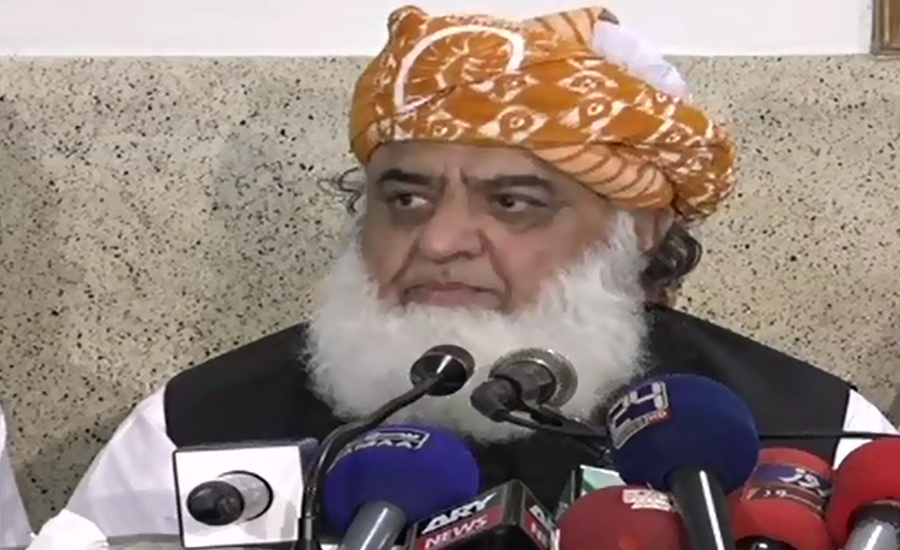 Fazl asks Nawaz to remain steadfast in decision not to resign

KARACHI (92 News) – Maulana Fazlur Rahman, chief of his faction of the Jamiat Ulema-e-Islam, has advised Prime Minister Nawaz Sharif to remain steadfast in his decision not to resign.

Addressing a press conference at Alami Majlis Idara Tahaffuz Khatam-e-Nabuwat on Friday, he said that the problem is not with Panama, it was a conspiracy to destabilize the country.

“Is Zardari a less thief than Nawaz in the eye of Imran Khan?” he questioned.

Fazlur Rahman said that the PTI disrupting the system in Khyber Pakhtunkhwa could give nothing to the country except conspiracies.

He said that he was standing with the bright future of Pakistan.