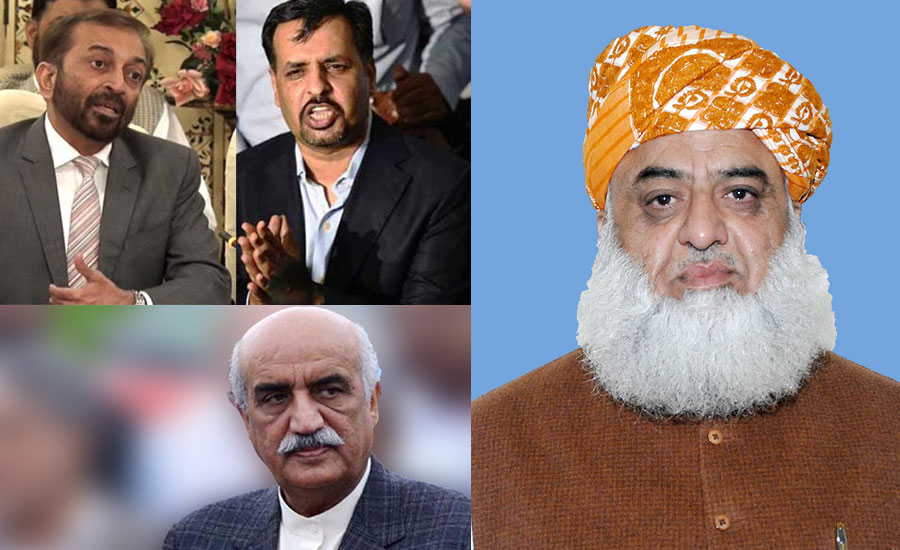 LAHORE (92 News) – The political leaders from major parties are casting their votes as polling begin across the country at 8am on Wednesday. Jamiat Ulema-e-Islam's (JUI) Maulana Fazlur Rehman cast his vote in NA-238 Dera Ismail Khan. Fazl shared his message with the public that their vote is a responsibility, it is important to exercise their right to vote, adding that vote with sincere intentions. Pak Sarzameen Party (PSP) chief Mustafa Kamal casted his vote in Karachi's NA-243. Talking to the journalist, he urged that people to choose wisely before casting his vote. "Do you want safe drinking water, or do you want a polluted environment to live in?" He hoped that the PSP will win the seats from in Karachi, Hyderabad, Sukkur and other major cities across Sindh. Kamal requested the public to vote for Pakistan's future. On the other hand, Pakistan Peoples' Party (PPP) leader Syed Khursheed Shah cast his ballot in Sukkur's NA-207 constituency. Muttahida Qaumi Movement-Pakistan (MQM-P) leader Dr Farooq Sattar promised voters his party will not disappoint them. He said the next five years would be the most important for MQM-P. Earlier today, the polling process has started at 8am and it will continue without any break till at 6PM across Pakistan as the country goes for 11th general election on July 25.