Fazlur Rehman like a magnet which is always drawn to power: Imran 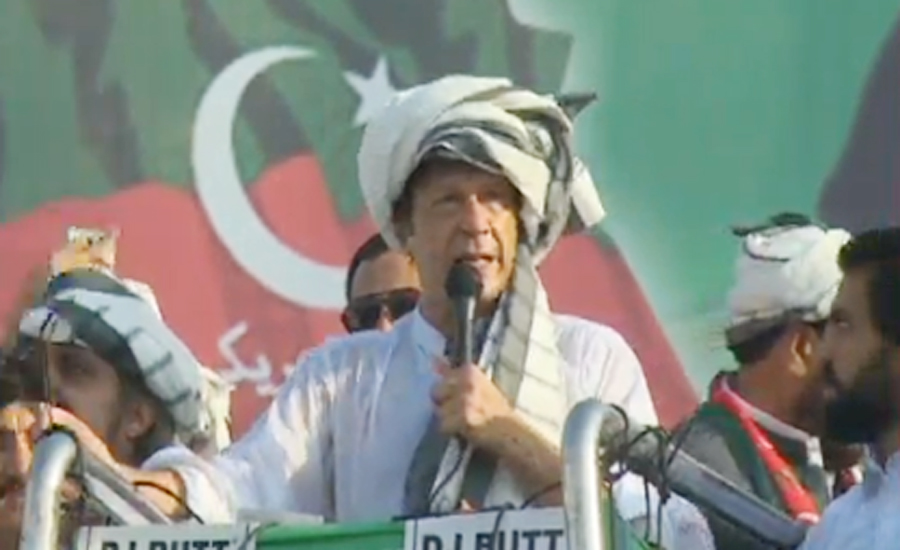 Fazlur Rehman like a magnet which is always drawn to power: Imran

BANNU (92 News) – Pakistan Tehreek-e-Insaf (PTI) Chairman Imran Khan termed on Sunday that Jamiat Ulema-e-Islam-Fazl (JUI-F) chief Fazlur Rehman resembled like a magnet which is always drawn to power, saying that he always joined the ruling party in every reign. Addressing to a public gathering, Imran Khan criticised his political opponents Fazl and Akram Khan Durrani. He said that Fazul Rehman and Akram Durrani was part of outgoing government. He added that Pakistan's debts increased from Rs13000 billion to Rs27000 billion in previous rule of the government. The PTI chief also said that July-25 will decide whether new Pakistan will be become of Quaid-e-Azam or robbers' Pakistan. He said that the JUI-F chief always become the part of ruling powers as coalition partner. "Fazlur Rehman is like a magnet which drawn to power," he termed. He said that the JUI-F chief always became the head of Kashmir committee. Imran Khan urged political pundits not to draw comparison of PTI’s five-year tenure in terrorism-torn KhyberPakhtunkhwa with those who took six turns each. He said that the price of electricity in Pakistan is more expensive all over the sub-continent. He claimed that the KPK constructed 300 small power stations while signed the memorandum to generate 700 megawatts of electricity. Imran lamented that the condition of the country has worsened as the US dollar has risen to Rs125. “When dollar rises against rupee then petroleum and electricity become expensive too. At this time in the sub-continent, electricity is most expensive in Pakistan,” said Imran. In total, the PTI chief is contesting elections from five constituencies, including NA-95 Mianwali, NA-131 Lahore and NA-53 Islamabad. The general election will take place across Pakistan on July 25.