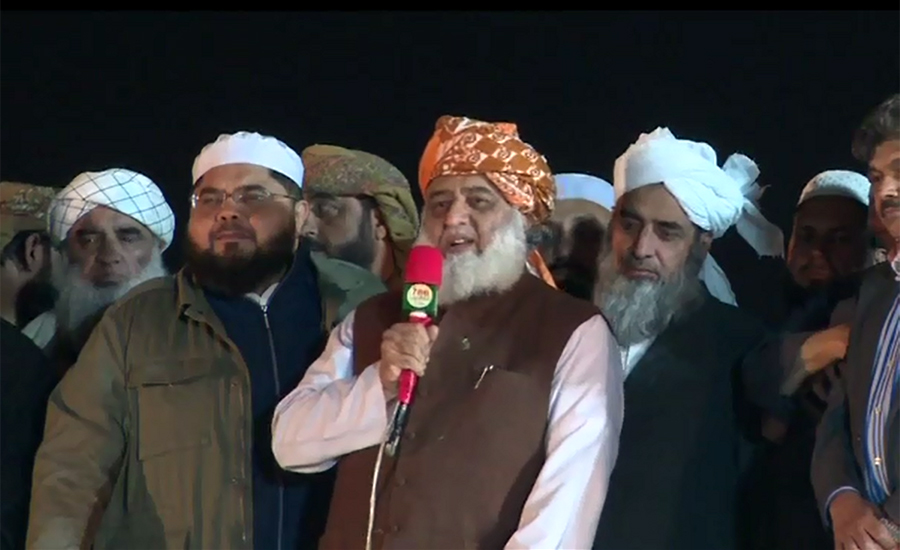 ISLAMABAD (92 News) – JUI-F chief Maulana Fazlur Rehman has said their struggle will continue for toppling the ‘illegal’ government. Addressing the participants of Azadi March on Monday, he announced that the Azadi March participants will fight a battle against the government in each city after leaving the federal capital. He said that the toppling of the ‘filthy’ government is the demand of their faith. “The nation will get rid of the illegal and imposed forces,” he said. The JUI-F chief said that the country was created in the name of Islam. “Everyone should work within its jurisdiction. We want to establish friendship with the US, but refuse their slavery,” he said. He opined that today the country’s budget is being prepared by the IMF. “Today foreign investment has ended. No one is ready to trust the government. Our mountains are full of wealth. Our forests and deserts have wealth,” he added. Maulana Fazlur Rehman said: “We will have to rely on our resources to unite the nation. Pakistanis have the ability to defeat the Israeli agents. Today the nation is on the same page. It is the demand of the nation that it does not accept the government of cruelty.” He claimed that the rulers have been trapped.