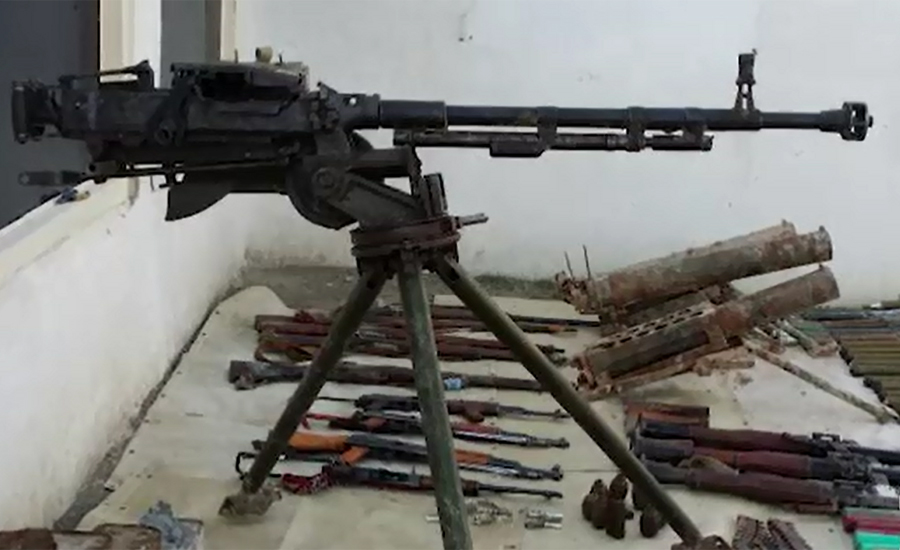 QUETTA (92 News) – FC Balochistan foiled a terrorism attempt and recovered a cache of weapons during a raid under the Raddul Fasaad in Och area, Dera Bugti on Saturday.

According to a press release issued by the ISPR, the raid was conducted on the information from a surrendered terrorist.

The cache includes explosives and accessories to be used for making IED.