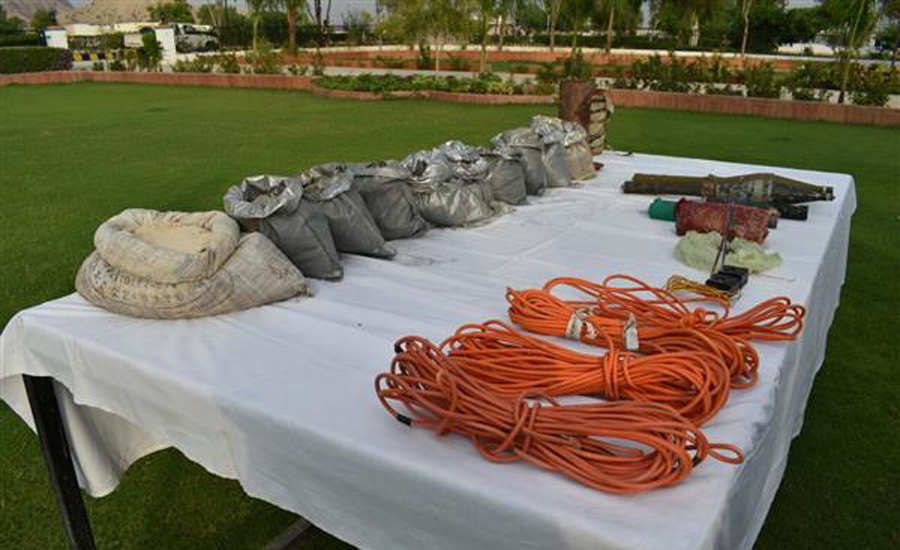 RAWALPINDI (92 News) – The FC Balochistan foiled a major terrorist activity in a special intelligence-based operation (IBO) in Spin Tezha, Killa Abdullah on Monday. According to a press release issued by the ISPR, the officials recovered 2,000 kg explosives from a vehicle during the operation. It said that two suspects have also been apprehended.