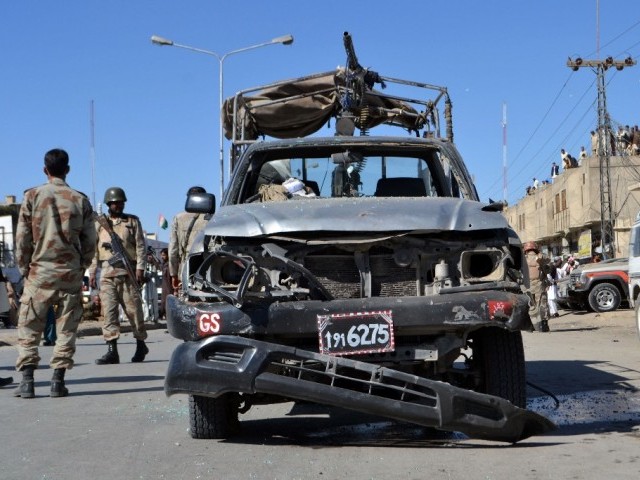 QUETTA (92 News) – An official of the Frontier Constabulary was killed while three others injured in bomb blasts in Quetta and Chaman on Tuesday. In Quetta, a vehicle of the Frontier Constabulary was patrolling in the Mawrar area when the bomb planted along the road exploded. As a result, the FC official was killed and the vehicle was badly damaged. After the incident, the security forces launched the search operation after cordoning off the area. However, no arrest could be made so far. In Chaman, three people were injured and several vehicles were damaged in the blast.