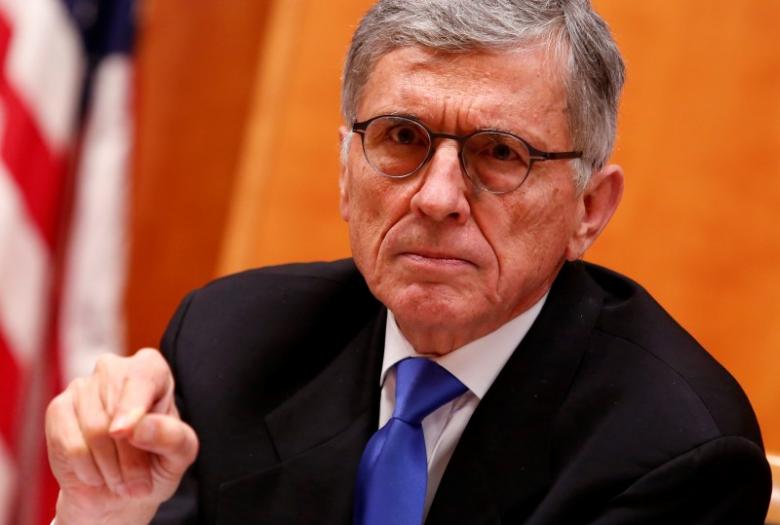 WASHINGTON - The chairman of the US Federal Communications Commission unveiled revised proposed rules to allow tens of millions of Americans to drop costly rented pay-TV set-top boxes for programing and get service through app-based software. The plan, first proposed in January and updated on Thursday, is aimed at ending the cable industry's long domination of the $20-billion-a-year set-top box market and lowering prices for consumers. Nearly all pay-TV subscribers lease set-top boxes from their cable, satellite or telecommunications providers at an average annual cost of $231. In recent months, the plan drew fierce opposition from television and content providers, including AT&T Inc, Comcast Corp and Twenty-First Century Fox Inc. AT&T criticized Wheeler's revised proposal as "overbroad" and "unnecessary." A vote by the five-member commission is expected on Sept. 29. The new rules would require companies covering 95 percent of US TV subscribers to comply by September 2018. "If adopted, these consumer-first rules would pave the way for a competitive marketplace for new devices that enhance the TV-watching experience. Bottom line: consumers will no longer have to rent a set-top box just to watch the programing they already pay for," FCC Chairman Tom Wheeler wrote in a blog post. Wheeler initially proposed in January open standards for set-top boxes allowing tech companies to re-imagine the delivery of video content. The new proposal grants device makers the ability to integrate cable company apps. The plan would also include a licensing body to ensure that pay-TV companies do not enter into anti-competitive agreements and allow for "integrated search" of different content providers. Pay-TV providers would be required to provide their apps to platforms like Roku, Apple iOS, Windows and Android, the FCC said. Set-top box rental fees have jumped 185 percent since 1994, while the cost of televisions, computers and mobile phones has dropped 90 percent, the FCC has estimated. Comcast said in a statement that Wheeler's "latest tortured approach is equally flawed" as his initial plan, violates federal law and would harm consumers. Comcast added that the proposal would impose "an overly complicated government licensing regime and heavy-handed regulation in a fast-moving technological space." Cable companies have previously expressed concerns that rivals like Alphabet Inc or Apple Inccould create devices or apps and insert their own content or advertising in cable content. US Senator Richard Blumenthal backed Wheeler's proposal. "Consumers don’t have to rent computers from their broadband providers or DVD players from their cable companies – set-top boxes should be no different," Blumenthal said in a statement. Chip Pickering, head of the trade group INCOMPAS that includes Amazon.com, Google, Facebook Inc and Netflix Inc, praised Wheeler's plan, saying it would allow for "lower prices, more choice and the freedom to discover new and exciting content streaming online." -Reuters