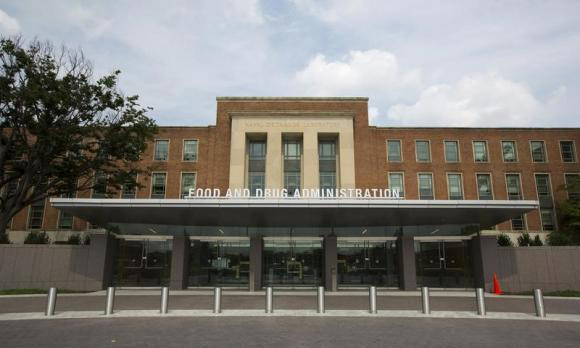 WASHINGTON - Emergent BioSolutions Inc said the U.S. Food and Drug Administration approved its treatment for inhaled anthrax, triggering a $7 million milestone payment from the Department of Health and Human Services (HHS). The company developed the treatment, Anthrasil, as part of a $160 million contract it signed in 2005 with the Biomedical Advanced Research and Development Authority (BARDA), a part of the HHS. Anthrasil, which is approved in combination with other antibacterials, is already being stored in the U.S. Strategic National Stockpile, the company said on Wednesday. The drug is made using plasma from healthy, screened donors who have been immunized with Emergent Bio's Anthrax vaccine, BioThrax, the only FDA-licensed vaccine for the disease. Anthrasil has an orphan drug designation and qualifies for seven years of market exclusivity. The treatment is a sterile solution that neutralizes toxins of Bacillus anthracis, the bacterium behind the infection. The company is developing a vaccine that requires only two doses to confer immunity under a $31 million agreement with BARDA. BioThrax currently needs three doses. The United States has witnessed a spate of anthrax scares. A bioterror lab mishap last June potentially exposed government workers to live anthrax at three labs in Atlanta. Emergent Bio's shares were down about 6 percent at $27.60. WBB Securities' Stephen Brozak attributed the fall to investors buying on the rumor, and selling on the news. Anthrax has been used as a weapon for nearly a century and is still considered one of the most likely agents to be used in biological warfare. Humans may contract the disease from livestock, wild animals, or animal products. Person-to-person transmission is highly unlikely, while signs and symptoms may change depending on how the disease is contracted. Inhalation of bacterial spores, which occur naturally and can also be manufactured in a laboratory, is one of the deadliest ways to contract the disease. Once inhaled, it could take weeks after exposure before symptoms appear, potentially causing massive and irreversible tissue injury and death. BARDA is funding other antianthrax drugs in development, including privately-held Elusys Therapeutics' monoclonal antibody, Anthim. With cases of infection few and far apart, the government is filling a gap that would not commercially be filled, Brozak said. "Bottom line is, if the United States wasn't paying for this stuff, who would?" - REUTERS