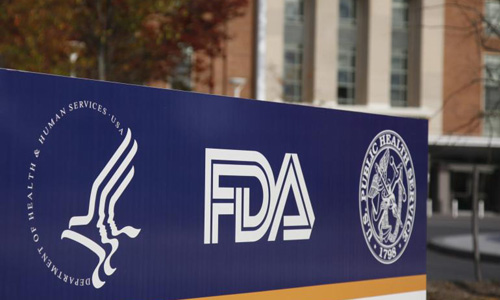 (Reuters) - US health regulators on Wednesday approved Sanofi's diabetes drug Toujeo, a more potent follow-up to the French drugmaker's top-selling insulin product Lantus. The Food and Drug Administration approved the once daily, long-acting basal insulin to treat adults with both type 1 and the far more prevalent type 2 diabetes. The medicine is considered among the most important in Sanofi's pipeline. The company is expected to try to convert patients from Lantus to Toujeo as quickly as possible, with the older drug about to lose US patent protection. Sanofi bought some time with a patent infringement lawsuit filed last year against Eli Lilly and Co that would keep a cheaper Lantus generic off the market for 30 months. In addition gaining Toujeo patients through conversions, "there's about a million new patients for basal insulin each and every year," said Joe Balzer, head of US commercial operations for Toujeo, which is awaiting a European approval decision. Toujeo has the same active ingredient as Lantus, called insulin glargine, but at three times the concentration and with a design to release the insulin more gradually. The medicine provides similar blood glucose control as Lantus with significantly lower rates of hypoglycemia, a potentially dangerous drop in blood sugar. Lantus, the world's most prescribed insulin with sales of $7.2 billion in 2014, accounts for more than 30 percent of Sanofi profit. Warnings of faltering US Lantus sales contributed to the sudden sacking of Sanofi Chief Executive Officer Chris Viehbacher last year. His successor, Olivier Brandicourt, is set to assume the top post on April 2, about the same time Sanofi plans to begin selling Toujeo. The company has yet to announce a Toujeo price and declined to discuss any discounting strategy aimed at gaining reimbursement from insurers and other payers. "We are confident of Toujeo achieving a position on payer formularies," said Andrew Purcell, head of Sanofi's US diabetes business. More than 370 million people worldwide have diabetes, according to the International Diabetes Federation. Some 90 percent to 95 percent have type 2, which is often associated with obesity and significantly raises the risk of numerous serious health problems. While most people with type 2 diabetes start with a variety of other medicines to control blood sugar, as the disease progresses many eventually require insulin.