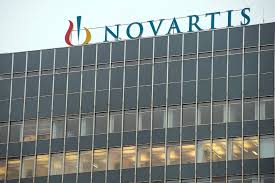 BASEL - Novartis AG's cheaper version of Amgen Inc's arthritis drug Enbrel is highly similar in potency and safety to the original and should be approved, an advisory panel to the US Food and Drug Administration concluded. The panel voted 20-O that there is no clinically meaningful difference between Novartis's drug, a biologic made of living cells, and Enbrel. Copies of biologics are called biosimilars, not generics, because they are more difficult to imitate with precision. Enbrel has been approved to treat multiple conditions, including rheumatoid arthritis, psoriasis, psoriatic arthritis, ankylosing spondylitis and juvenile idiopathic arthritis. Novartis tested the drug, GP2015, in patients with plaque psoriasis but if approved by the FDA, it would be approved for all sought conditions. The FDA is not obliged to follow the advice of its advisory panels but typically does so. Novartis, through its Sandoz division, tested the drug, GP2015, in patients with plaque psoriasis but if approved it would be approved for all conditions. The panel discussed the merits of extrapolating data from one condition to the others and though some members had reservations, was reassured by the fact that the drug works the same way in all the approved conditions. On Tuesday the panel unanimously recommended approval for Amgen's biosimilar version of AbbVie Inc's arthritis drug Humira. Panelists had reservations about extrapolating results from trials Amgen's drug in rheumatoid arthritis and psoriasis to Crohn's disease and ulcerative colitis, saying it is unclear how the drug works in those conditions. Unlike Humira, Enbrel is not approved to treat irritable bowel disorders. Some patient advocates who addressed the meeting said the committee should in future be allowed to vote on different indications individually rather than Enbrel was approved in 1998 and generated more than $5 billion in US sales last year. Like Humira it works by blocking a protein known as tumor necrosis factor, or TNF, that plays a role in inflammatory conditions. Humira generated US sales last year of more than $8 billion. AbbVie is fighting a legal battle to keep Amgen's biosimilar from the market. Amgen in turn is fighting to keep Novartis's biosimilar from the market. Patient groups urged the FDA to finalize rules for how biosimilars should be named and labeled and for rules to be put in place to prevent insurance companies from switching patients from a drug that they know works to one they don't know. -Reuters