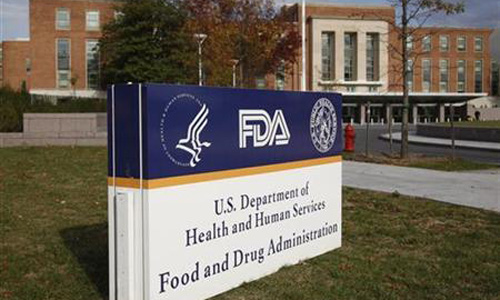 WASHINGTON - The U.S. Food and Drug Administration said it would hold a public hearing seeking information and comment on the use of products labeled 'homeopathic', as well as the agency's regulatory framework for such products. The hearing, scheduled for April 20-21, will discuss prescription drugs, biological products, and over-the-counter drugs labeled homeopathic, a market that has expanded to become a multimillion dollar industry in the United States. The agency is set to evaluate its regulatory framework for homeopathic products after a quarter century. (1.usa.gov/1Hxwup3) An Australian government study released this month concluded that homeopathy does not work. (bit.ly/1BheAmR) The FDA issued a warning earlier this month asking consumers not to rely on asthma products labeled homeopathic that are sold over the counter. (1.usa.gov/1EEuKrC). Homeopathic medicines include pellets placed under the tongue, tablets, liquids, ointments, sprays and creams. The basic principles of homeopathy, formulated by German physician Samuel Hahnemann in the late 18th century, are based on a theory that a disease can be treated using small doses of natural substances that in a healthy person would produce symptoms of the disease. The agenda for the hearing will be posted soon, the FDA said on Tuesday. - REUTERS