Fed, China fears force investors to check out of Asia 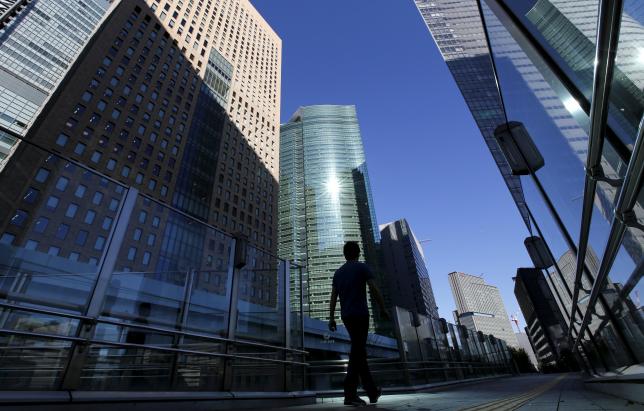 Fed, China fears force investors to check out of Asia

SINGAPORE - Having dumped Asian shares on resurgent worries about China's economy, the spectre of more aggressive US interest rate rises is now forcing global investors to sell the region's bonds and currencies. A net $3.2 billion left Asian equity markets, excluding Japan, during the period May 1 to 24, the largest outflow since January, data from HSBC showed. Indonesia's and South Korea's bond markets, heavy recipients of foreign investment until March, are now seeing chunks of inflows reverse while Asia's currencies have also fallen quite sharply. Some market participants see foreign investment outflows across Asian asset classes as an over reaction, given the strides policymakers have made in shoring up capital flight defences since the "Fed taper tantrum" in 2013. But for others, the unease around the Fed's policy deliberations twins increasing concerns around currency volatility with broader worries about the health of the China's real economy. "If the Fed hikes rates in June, it might come at a time when the Chinese economy weakens, and that could also mean that the Chinese currency starts to weaken again," said Herald van der Linde, head of Asia-Pacific equity strategy at HSBC in Hong Kong. "And that could lead to a scenario where everybody's up and down and markets fall five to 10 percent." MSCI's Asia Pacific ex-Japan index .MIAPJ0000PUS rose 19 percent between late January and end-April on the tailwinds of a dovish Fed, stabilization in commodity prices and hopes China's economy will recover. The fall - the index is down 5 percent since and touched a 12-week low on May 24 - is reminiscent of the selloff that followed the Fed's first rate rise in a decade in December. It also comes as a surprise for some, given the relative health of Asia's economies compared with other emerging market blocs, such as Latin America. And the downside could be limited given the broad dollar trade-weighted index .DXY has climbed 20 percent over the past two years, suggesting Asian currencies may have already priced in higher US rates. Despite this, plenty of asset managers expect further weakness in emerging markets and are positioned accordingly. Deutsche Asset Management, for instance, expects another dip in emerging markets in the second half of the year and is holding off buying Asia. "The market is split between those who think it's time to buy emerging markets and those who think the China data is not sustainable and US rates will go up and emerging markets are overvalued," said Sean Taylor, chief investment officer at Deutsche Asset Management. Deutsche had $846 billion of assets under management at the end of December. Soft Chinese economic data in April has raised doubts about the effectiveness and sustainability of the fiscal stimulus being doled out in the world's second-largest economy. Chinese stocks .SSEC, the region's worst performers, are down almost 20 percent this year. For bond investors, Asia's weakening currencies aren't the only concern: subdued inflation and already low central bank rates mean the scope for gains is more limited than it is in other emerging markets. Indonesia's rupiah government bond market, for example, received about $5 billion of foreign investment in the year to April, but about $670 million has left so far in May. While investors expect Indonesia's central bank could cut rates by a further 125 basis points, the currency's 3 percent swift decline since last week may give authorities reason to pause and investors a reason to hold back. "There's still quite a lot of fear out there," said Oliver Lee, investment director at Old Mutual Global Investors, which has $37.3 billion of assets under management. "The renewed US dollar strength and concerns around slowing stimulus in China could potentially be short-term headwinds." -Reuters