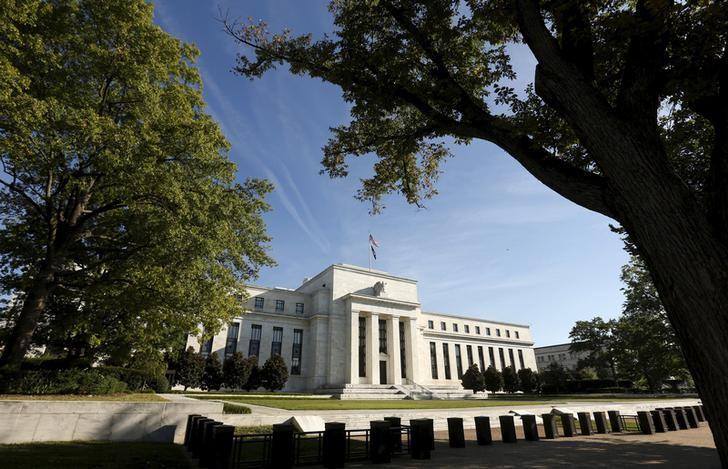 SAN FRANCISCO/NEW YORK - US Federal Reserve policymakers are set this week to again cut their forecasts for how high interest rates will need to go in an economy where output, productivity and inflation are growing at a slower pace than in past decades. It would be the fourth time in 15 months that the US central bank has been forced to admit its estimate of this so-called neutral rate was too optimistic, raising questions about the health of the economy in the coming years. The Fed, however, still insists low interest rates and its large balance sheet of bonds are sufficient to continue bolstering economic growth. Conversations with Fed officials suggest some will cut their predictions for the longer-run rate at this week's monetary policy meeting, with the median forecast possibly falling to 2.75 percent. It was 3.75 percent in June 2015 and 4.25 percent four years ago. The Fed is expected to leave its benchmark overnight interest rate unchanged following its two-day meeting on Wednesday, according to a Reuters poll of economists. The Fed's policy rate has been about 0.38 percent since it was raised in December, the first increase in nearly a decade. The expected reduction in the longer-run neutral rate forecast amounts to a lower speed limit on future rate hikes, and points to fewer increases with longer gaps between them than US central bankers and investors had expected. The lower the neutral rate forecast, the less anxious the Fed needs to be about tightening policy, which would justify its repeated decisions to defer rate increases. The result, says San Francisco Fed President John Williams, will be the "shallowest" set of rate hikes ever; "much flatter," according to Dallas Fed President Robert Kaplan in a separate conversation, than anything in the past. The Fed has not raised rates this year despite signaling in December that four rate hikes were coming in 2016. That number has since been scaled back to two hikes this year, with another three hikes in 2017, due to a global growth slowdown, financial market volatility and tepid US inflation. But given the new thinking on the neutral rate, that seems overly optimistic. Fed policymakers say an aging US population and decline in productivity growth is sapping economic potential, making them wary about raising rates too fast. "They are not very far from being in a tightening mode," said Shehriyar Antia, founder of Macro Insight Group and a former senior analyst at the New York Fed. "That augers for more patience since the risk of you falling behind with inflation is less because it ain't going to take that much for rates to lean on inflation." FED TOOLBOX Regardless of any reduction in the neutral rate estimate this week, Fed Chair Janet Yellen is likely to stick with her view that the central bank's so-called toolbox - its more than $4 trillion in Treasuries and mortgage-backed securities, low interest rates and planned gradual removal of stimulus - is appropriate for an economy that has consistently fallen short of growth forecasts. During the global central banking conference last month in Jackson Hole, Wyoming, Yellen said that policy mix had served the Fed well and would likely be useful in the face of a future economic downturn. But the Fed's constant walk-backs have served to undercut some of the market's faith in the central bank. Traders of short-term rate futures, for instance, are now betting the Fed will not hike rates until early next year. Still, any cut to the Fed's neutral rate forecast does not mean it will never raise rates. "They want to maintain market expectations for a rate hike in case they want to raise rates in December if conditions warrant one," said Sam Bullard, a senior economist at Wells Fargo Securities in Charlotte, North Carolina. The Fed is due to release its policy statement at 2pm EDT (1800 GMT) on Wednesday and Yellen will hold a press conference shortly after. The Fed's rate-setting committee will meet again in early November and mid-December. -Reuters