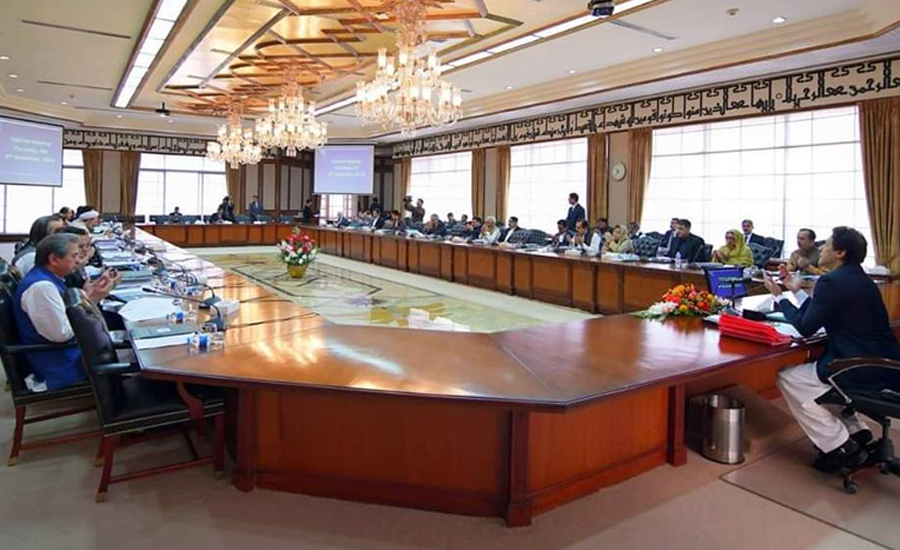 ISLAMABAD (92 News) – The federal cabinet approved cooperation agreements with different countries during a meeting on Thursday. Prime Minister Imran Khan presided over the meeting. The meeting offered special prayers for the martyred JUI-S chief Maulana Samiul Haq and Capt Zargham. The cabinet approved several appointments and exchange of prisoners agreement with Britain and Ireland. It nullified the former government’s decision to dissolve the Engineering Development Board. The cabinet approved Talent Development Program. The interior minister briefed the cabinet about law and order situation in the country. The prime minister briefed the cabinet members about his China tour. He also reviewed the report on the implementation of the government decisions. Meanwhile, the federal ministers briefed the prime minister about the planning of the 100-day plan. On the direction of Prime Minister Imran Khan, a notification banning abroad medical treatment of the federal ministers, assistants and high-ranking officials was issued.