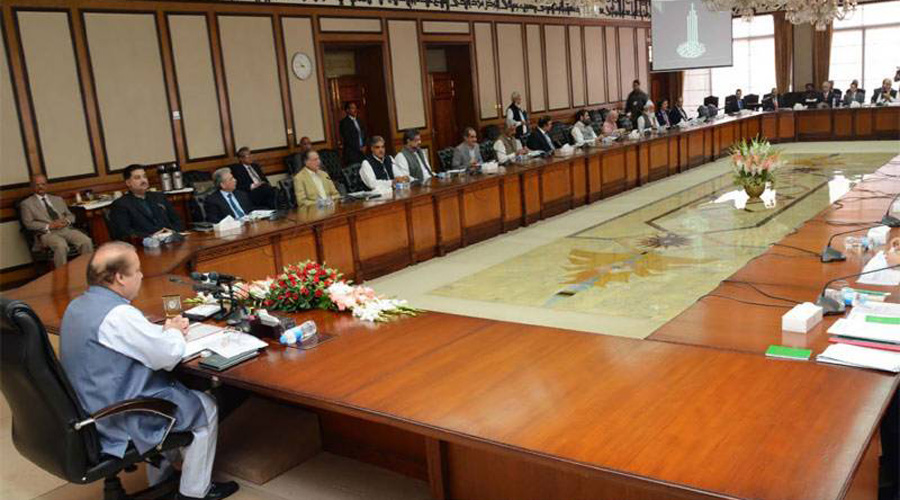 ISLAMABAD (92 News) – The Federal Cabinet has on Friday approved the Land Acquisition for Diamer-Bhasha Dam and Compensation Rates of Barren Land. The decision was taken in a meeting of the Federal Cabinet in Islamabad under the chairmanship of Prime Minister Nawaz Sharif. On the occasion, Prime Minister Nawaz Sharif said that the government is committed to resolving the energy crisis and several short, medium and long term projects are underway to overcome the energy problem. He said that the government has taken all steps for the construction of Diamer Bhasha Dam. The prime minister said that construction of mega Hydel projects would greatly help in fulfilling the energy needs of the country. The meeting has also approved extension of Afghan refugees in the country till March 31 next year. The Cabinet further approved the agreement between Indonesia and Pakistan on cooperative activities in the field of Defense. It also approved the ratification of an MoU between State Bank of Pakistan and Central Bank of Jordan on general cooperation in expertise and knowledge exchange in the field of banking and finance.