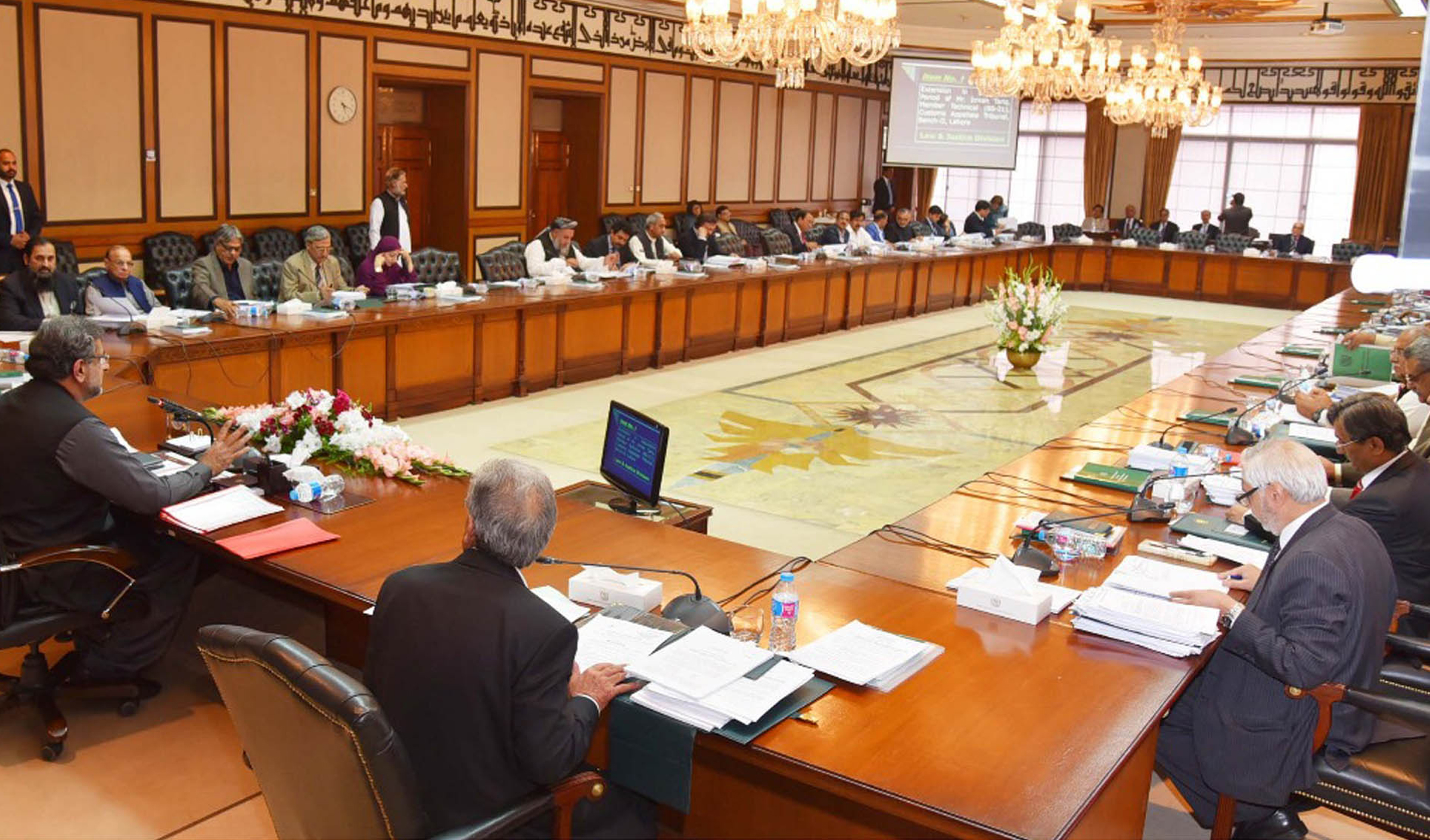 ISLAMABAD (92 News) – Prime Minister Shahid Khaqan Abbasi chaired a meeting of the Federal Cabinet at Prime Minister’s Office on Wednesday. Following agenda items were approved by the Federal Cabinet: The Cabinet ratified the decisions taken by the Economic Coordination Committee (ECC) of the Cabinet in its meeting held on 7th March, 2018. Decisions of the Cabinet Committee for Disposal of Legislative Cases held on 15th March, 2018 were also approved by the Cabinet. The Cabinet also considered a summary for placement and deletion of names on Exit Control List (ECL) and constituted a Cabinet Sub-Committee to examine the cases. It approved Deep Sea Fishing Licensing Policy 2018 and the National Food Security Policy. The Federal Cabinet approved transfer of three subjects i.e. National College of Arts at Lahore and Rawalpindi, Pakistan Chairs Abroad and Selection of scholars against Pakistan Chairs Abroad by the Special Selection Board from the Cabinet Division to Ministry of federal Education & Professional Training. Proposals for nomination of Directors for the Board of Pak Arab refinery Limited (PARCO) and Pakistan Mineral Development Corporation (PMDC) were also approved.