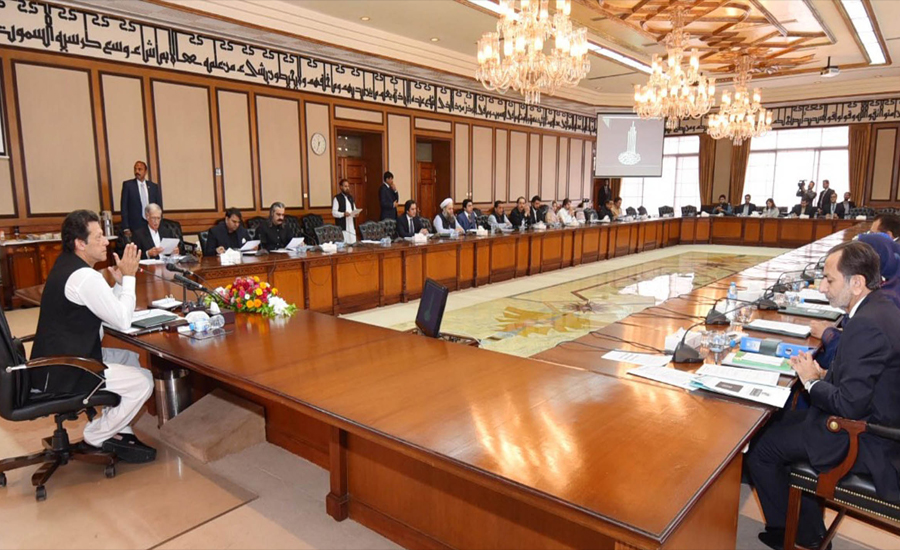 ISLAMABAD (92 News) – The federal cabinet reviewed the 100-day performance of the government on Thursday. The meeting was presided over by Prime Minister Imran Khan. The prime minister sought the report of 60-day performance from all ministers. The cabinet approved formation of an authorized committee to resolve the issues of Karachi. It also approved to start sugarcane crushing from November 15. The meeting also approved several agreements to be inked with several countries. It also restored licences of prohibited bore. Talking to the media, Federal Minister for Information and Broadcasting Fawad Chaudhry said that he was surprised that their rivals instruct them on TV. “The PML-N government played havoc with the country and they should sit in their houses,” he added. He said that they will get the audit of the LNG terminal. “We will not let anyone to do injustice with the farmer,” he maintained. The minister said that the Federation gave the money to Karachi, but it was not being used properly.