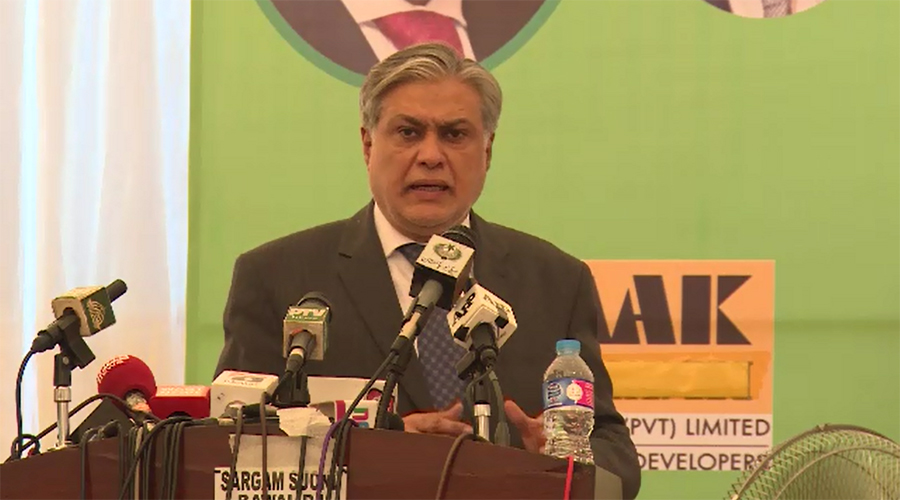 ISLAMABAD (92 News) – Federal Finance Minister Ishaq Dar have criticized the people staging sit-in. Addressing the Federation of Pakistan Chambers and Industry on Saturday, he asked the people staging sit-in not to play politics on economy and let the country be run. “Some people having sick mentality want jobs. They think that there will be no chance for them if the PML-N completes its tenure. You will get the power if you are destined to assume,” he said. The minister said that he did not want awards. “I have been getting gold medals since the university era. Some people have contracted diarrhea after improvement in economy,” he added. Later, traders awarded him a gold medal. Senator Ilyas Bilour, Islamabad Mayor Sheikh Ansar Aziz and PML-N leader Hanif Abbasi were also present.