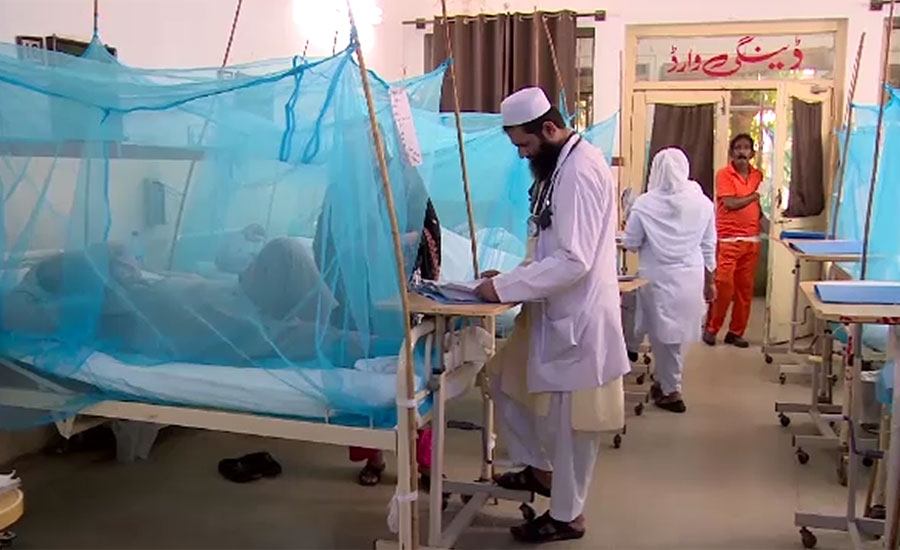 ISLAMABAD (92 news) – The federal government has decided to investigate into the outspread of dengue fever among citizens from international institutions on Sunday. According to the sources, the federal government has decided to contact global institutions for holding an investigation into dengue spreading fast across the country. In this connection, the health authorities will seek assistance from the World Health Organization (WHO), Centers for Disease Control and Prevention (CDC) of the United States (US) and Sri Lanka. The sources further said that the international experts will visit affected areas in all provinces and Azad Jammu and Kashmir (AJK) to open research on dengue larvae and its virus to ascertain the cause of the mosquito-borne disease. The decision was taken after the formal approval of Special Assistant to Prime Minister on Health Dr Zafar Mirza for initiating an investigation into dengue outspread by global experts. On the other hand, section 144 (Dengue Act) was set in motion and those found involved were fined up to Rs30,000 as a penalty. On more patient of dengue in Rawalpindi died and death toll rose to 23. More 200 patients diagnosed with dengue within 24 hour. The overall number of dengue patients has crossed 5,400. The dengue patient in Khyber Pakhtunkhwa also has been increased 6000 from 3000. The administration has become helpless before this deadly disease. It is pertinent to mention here that Dengue fever is transmitted by Aedes mosquitoes and is a global public health concern. There is no vaccine available in Pakistan for the virus, which kills an estimated 20,000 people each year and infects up to 100 million across the world, according to the World Health Organisation (WHO). Earlier, taking notice of the increasing number of cases in the province, Punjab Chief Minister Usman Buzdar had said that provincial ministers and assembly members will be assigned duties to monitor anti-dengue measures in red zones.