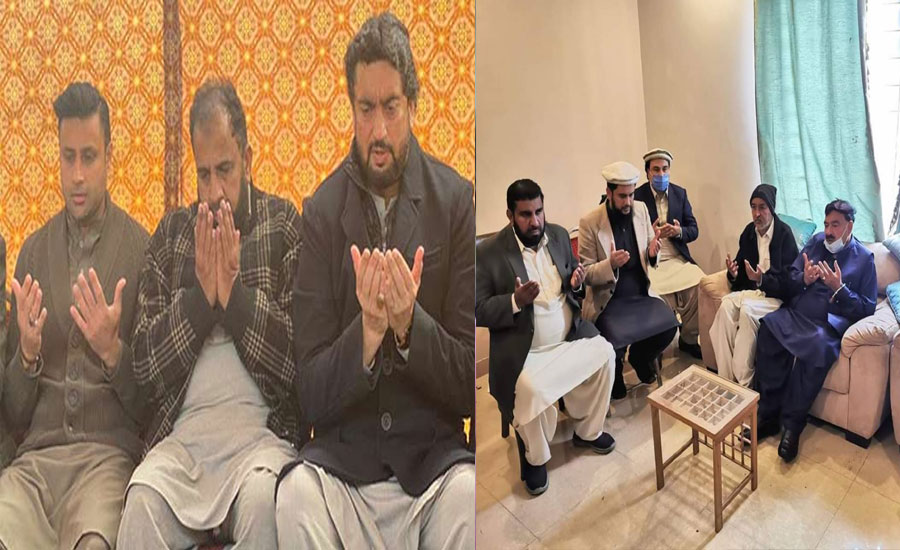 According to details, Zulfi Bukhari and Shehryar Afridi met with the family of Usama on the directives of Prime Minister (PM) Imran Khan.

Both the leaders extended their condolences to the bereave family and assured to take stern action against those involved in the incident.

Sheikh Rasheed Ahmed visited Usama Sati s home in Islamabad today and offered Fateha. He prayed for the bereaved family and ensured them provision of justice in the case.

Police presented the arrested cops before the court of duty judge Shehzad Khan and sought their physical remand for investigation.

When the judge questioned whether the weapon had been recovered, the investigation officer informed him that it was yet to be recovered. To another question, the IO said the arrested five cops were assigned the same patrol vehicle.

SP Saddar Sarfraz Virk has been named as the head of the JIT that also comprises the DSP Ramna, DSP investigation and the SHO of the Ramna police station.

The commissioner formed the probe team under the anti-terrorism act. It is required to carry out a detailed investigation into the incident and submit a report at the earliest.

On Jan 2, five CTD personnel were taken into custody for indiscriminately killing a 22-year-old young man in the Sector G-10 area on Srignagar Highway within the jurisdiction of Ramna police station in the federal capital.

The security officials shot multiple fires on a ‘suspicious’ vehicle in Islamabad’s G-10 after allegedly trying to stop the driver many times, police said, adding that the officials followed a suspicious ‘vehicle with tinted glasses and tried to stop it many times’.