Federal Reserve policymakers signal no rush to raise US rates 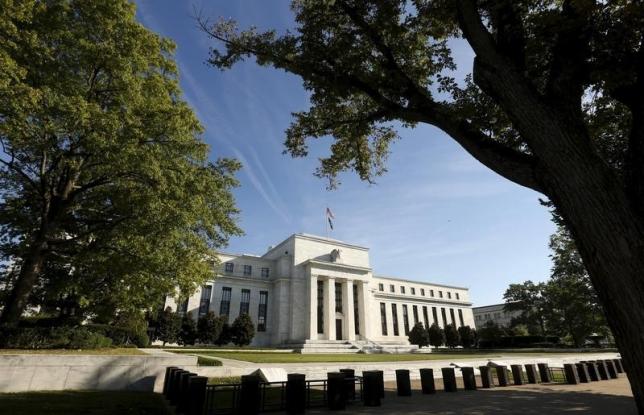 Federal Reserve policymakers signal no rush to raise US rates

ST. LOUIS - Three Federal Reserve policymakers expressed the view that there was no hurry to raise US interest rates in the wake of the UK decision to leave the European Union, despite signs that the US economy is near full employment. Ahead of the next Fed policy meeting on July 26-27, a core group are now happy to keep interest rates unchanged, potentially for months, whereas just last month, most Fed officials signaled they expected to raise rates at least twice this year. St. Louis Fed President James Bullard, speaking with reporters in St. Louis on Thursday, repeated his position that only a single rate rise is needed for the next couple of years unless some unexpected shock moves the economy to a better or worse state. "In the aftermath of Brexit people want to wait and see and I'm happy to go with that for now," said Bullard, a voting member of the US central bank's rate-setting committee. "There’s really no rush." Dallas Fed President Robert Kaplan, also in St. Louis, renewed his call for a "patient, gradual" approach to raising rates. And earlier on Thursday Atlanta Fed President Dennis Lockhart, at the Global Interdependence Center's Rocky Mountain Economic Summit, said that he wants to be "cautious and patient." Britain's vote on June 23 to exit the European Union sent investors scrambling for safe assets and cast a pall over the world economic growth outlook. Policymakers say it may take years to understand the fallout from Brexit. Despite US unemployment running at only 4.9 percent, policymakers are also worried about too-low US inflation. Traders are now betting the Fed will not raise the federal funds rate, currently targeted at 0.25 percent to 0.5 percent, until June of 2017 at the earliest. Still, not everyone at the Fed has given up on the idea of raising rates. Kansas City Fed President Esther George on Thursday said she will keep an eye on whether the recent market volatility and flight to safe assets by global investors could hit the US economy but she signaled no retreat from her view, laid out earlier this week, that rates are too low for the strength of the economy. And despite his dovish comments, Kaplan on Thursday said he worries low rates for too long can create distortions, and said it is "very important" to make the effort to normalize rates. And even Lockhart, a non-voter this year at the Fed, on Thursday said it was possible the Fed could raise rates once, or even twice, this year, if data allowed it. -Reuters