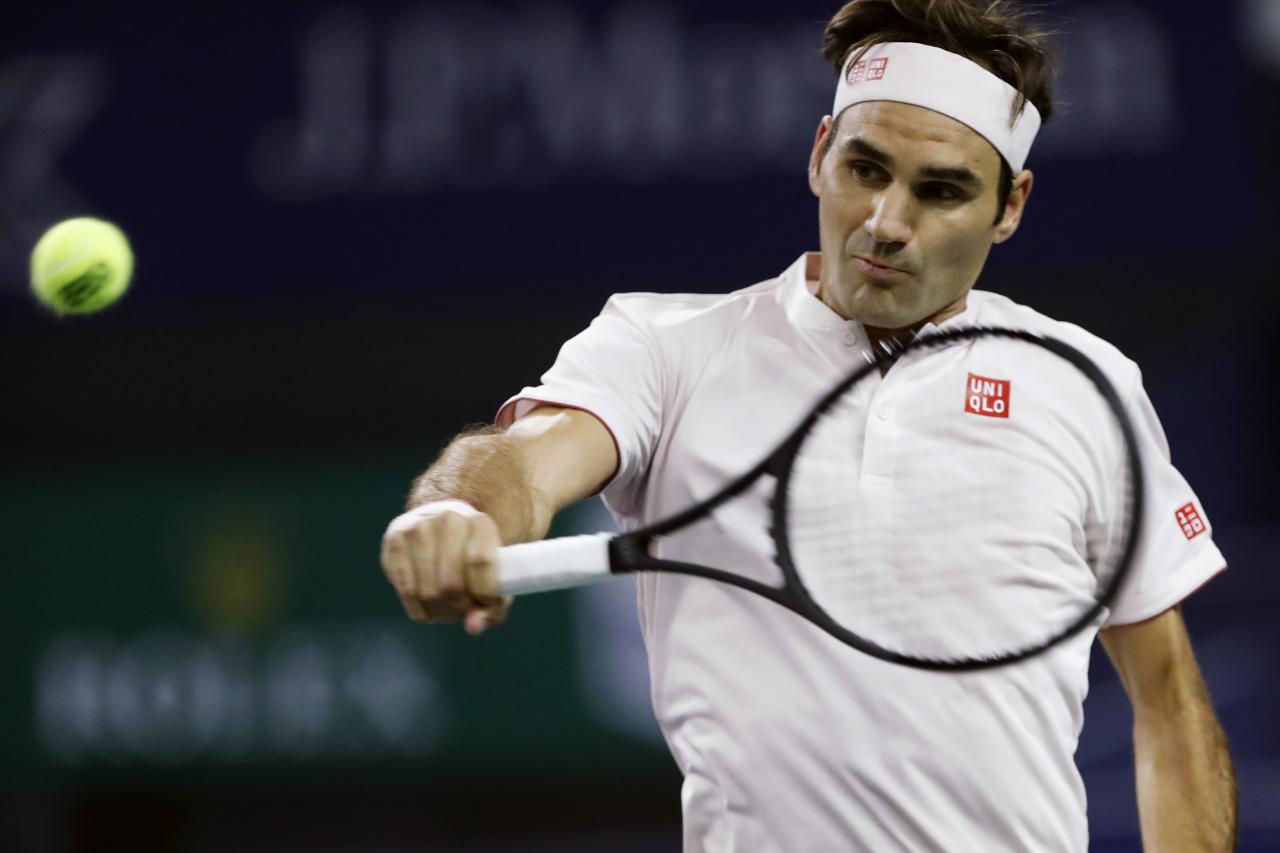 LONDON (Reuters) - Roger Federer will have to do it the hard way if he is to win a record-extending seventh crown at the ATP Finals after an error-strewn 7-6(4) 6-3 defeat by Kei Nishikori . The 37-year-old Swiss was given a huge ovation as he walked through sliding doors and dry ice into the packed arena but was far from his best as he let a match that had looked under control slip away. His first-ever straight sets defeat in round-robin play in his 16th appearance at the elite season-ender means he will go into Tuesday’s clash with Dominic Thiem knowing defeat could leave his title hopes hanging by a thread. “I haven’t thought about the match, to be honest. I haven’t had enough time. I wasn’t even thinking who I’m going to play next,” Federer told reporters minutes after walking off court. “I just know I need to do better than today. That’s pretty much it.” Despite winning the Australian Open to take his Grand Slam haul to 20 and winning three other titles this year to reach 99 for his career, Federer’s season has rather tailed off. Having won the title in Basel and then losing an epic against world number one Novak Djokovic in Paris, he still arrived at the London venue as second-favourite. “I’ve been feeling fine,” he said. “It’s just that practice has been a bit all over the place. Practised in Queen’s, practised on the outside courts here, then centre as well. “So it’s not always exactly the same conditions. Overall I thought I’m hitting the ball okay. The warm-up was totally fine.” Federer was two points from taking the opening set in the Lleyton Hewitt group showdown when he had Nishikori at 5-6 0-30 but played a poor tiebreak. He then broke at the start of the second set only to hand back the advantage immediately. The rest was not pretty and the ATP’s new “crowd decibel level” gizmo expected to get plenty of use as Federer went through his repertoire was pretty much redundant. “Unfortunately I couldn’t keep the lead that I got early. That was important at the end,” he said. “That was the key of the match. That 10-minute swing at the end of the first throughout maybe one-all in the second.”