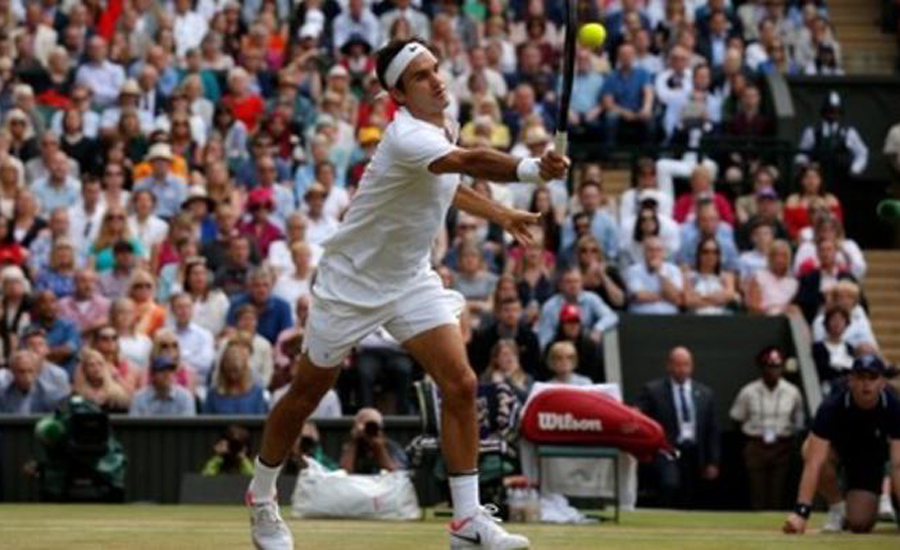 LONDON – Roger Federer's relentless pursuit of an eighth Wimbledon title continued as he beat stubborn Czech Tomas Berdych 7-6(4) 7-6(4) 6-4 to reach the final for the 11th time on Friday.

The 35-year-old Swiss was given a tough test by the 11th seed, who beat him at the same stage in 2010, but raised his game at the crucial moments to become the oldest men's singles finalist here since Ken Rosewall in 1974.

Rosewall, 39, went on to lose to Jimmy Connors but Federer will be a huge favourite to reclaim the title against big-serving Croatian Marin Cilic on Sunday.

Federer has now reached 29 grand slam finals, winning 18, and he has carved his way through the draw without dropping a set.

This was his toughest test so far, though, as Berdych put in a solid shift at the coalface to keep Federer on his toes.

Twice he dragged Federer into tiebreaks but on both occasions he was helpless as Federer simply flicked the switch, conjuring winners at will to move two sets ahead.

Berdych refused to throw in the towel and even had breaks points at 3-3 in the third set, only for Federer to smash down three aces and an unreturnable serve.

Federer, who took six months off after losing in the semis last year, broke in the next game and the end came quickly as he held serve at 5-4 to seal his 90th win at the All England Club. –Reuters