Federer sees no reason to move ATP Finals from London 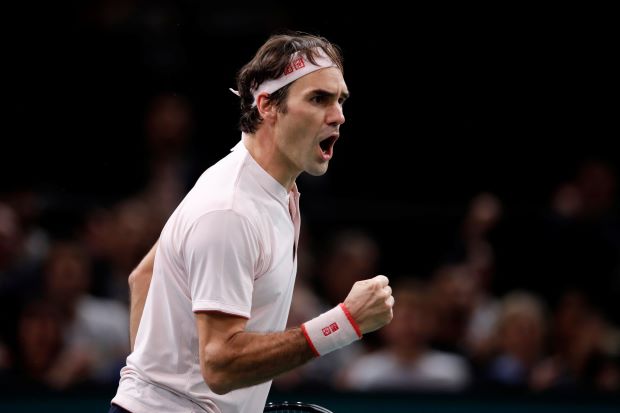 Federer sees no reason to move ATP Finals from London

LONDON (Reuters) - Roger Federer would like the ATP Finals to remain in London beyond 2020 unless there is a compelling case to move the tournament. The Swiss has won two of his record six titles at the event at London’s O2 Arena where the ATP’s prestigious season-ender has been playing to packed crowds since 2009. Despite the popularity of the London venue with fans and players alike, the ATP announced in August that it was inviting bids from other host cities for 2021 onwards. “I think if they stay (in London) it’s definitely a good choice,” the 37-year-old 20-times Grand Slam champion told a new conference on Friday as he prepared for his 16th appearance. “I don’t know what the options are. But if the O2’s happy and the crowds keep flocking and coming to this venue and the Tour has a good deal, obviously why not stay here? “I don’t see a reason to change, unless there is somebody else, a city that really wants it badly and is willing to come in and really support the Tour in a major way for many years, like what we saw with Shanghai and also maybe with London in the beginning. It’s been a winning formula here.” The ATP Finals, as it is now known, began in Tokyo in 1970 and spent six years on the road before a 13-year stint in New York and a six-year stay in Frankfurt before spells in Hanover, Lisbon, Sydney, Houston and Shanghai. It has since put down roots in London where a cumulative 2.3 million fans have flocked to the venue for the week-long event. Novak Djokovic, who returns to the O2 as world number one, won the title in London from 2012-15, and while the venue has served him well, he believes a move away from London in 2021 must now be considered by the men’s Tour. “I don’t want it to move from London, but I just feel the concept of this event is that it is one that travels,” the Serb told reporters. “It’s the biggest event the ATP owns, the eight best players in a unique round-robin system. “I think this is a great opportunity to promote tennis all around the world. I just feel 10 years in one place is a bit too much. It’s not anything to do with London or the event. “I’ve had phenomenal success here and I should be the last one to talk about moving it.”