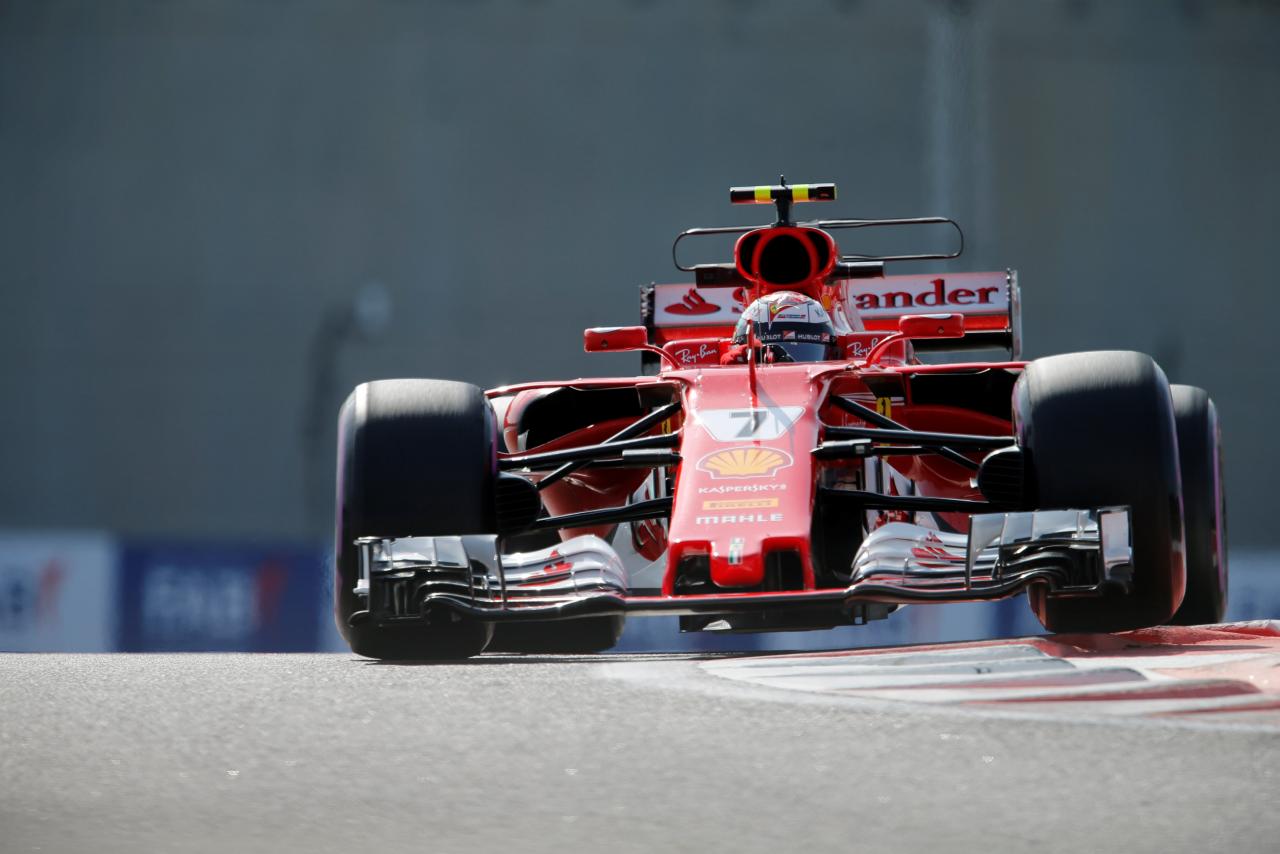 The opening session, in the afternoon heat, is largely unrepresentative of the rest of the weekend with Sunday’s race starting in the evening and ending after dark and under floodlights.

Vettel, second in a championship already won by Hamilton two races ago, lapped the Yas Marina layout with a best time of one minute 39.006 seconds on ultrasoft tyres. Hamilton’s best was a 1:39.126.

Both Hamilton and Vettel are three times winners in Abu Dhabi, although Ferrari have yet to triumph there.

Red Bull’s 20-year-old Dutch driver Max Verstappen was a mere 0.28 slower than Hamilton, fuelling hopes that the finale could be a three-way battle at least, and ahead of Ferrari’s Kimi Raikkonen and Mercedes’ Valtteri Bottas. Hamilton is chasing his 10th win of the season while Vettel, winner in Brazil two weeks ago, is aiming to end the year with a sixth success.

British youngster George Russell, taking part in first practice only, was 11th fastest in Esteban Ocon’s Force India and less than a second off the pace of the team’s Mexican driver Sergio Perez.

Russell also took part in first practice in Brazil, and looks set for a reserve role in future.

With both championships wrapped up, Mercedes having clinched their fourth successive constructors’ title in Texas last month, most teams used the session as an early test for 2018. Some also tried out the ‘halo’ head protection device that will be introduced next year.