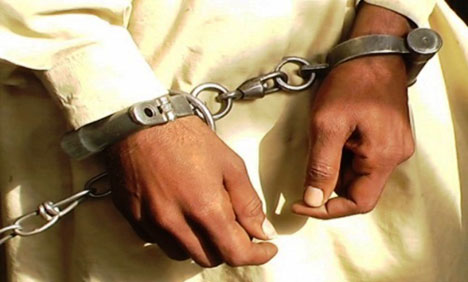 LAHORE (Web Desk) – The Federal Investigation Agency has arrested five suspects for alleged human trafficking in Lahore on Wednesday, 92 News reported. As per details, the FIA conducted raids in different areas of the provincial capital to nab the suspects including Waqar Ahmed, Javed Hassan, Zahoor Ahmed, Tahir Anwar and Khalid for sending people abroad on forged documents. Waqar Ahmed and Javed Hassan were wanted by FIA’s Gujranwala circle whereas cases have been registered against other three in Lahore.