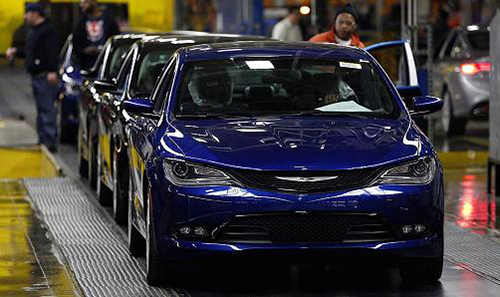 NEW YORK – Fiat Chrysler Automobiles NV (FCHA.MI) said on Friday it is recalling nearly 410,000 vehicles worldwide because of a defect that can lead to a loss of propulsion. The automaker said it will update software and replace wire harnesses to address the electronic issue that appears in a small number of vehicles. The recall includes 2015 model Chrysler 200 midsize sedans, Ram ProMaster City small vans, Jeep Renegade and Cherokee SUVs and some 2014 Cherokees. The recall includes about 323,000 vehicles in the United States, 35,500 in Canada and about 51,000 elsewhere. Fiat Chrysler said there were no reports of injuries or crashes related to the defect. The automaker did not disclose a schedule for when recall repairs will begin. The automaker said if owners suffer a loss of propulsion, the issue can typically be temporarily resolved by stopping the vehicle and re-starting the engine. –REUTERS