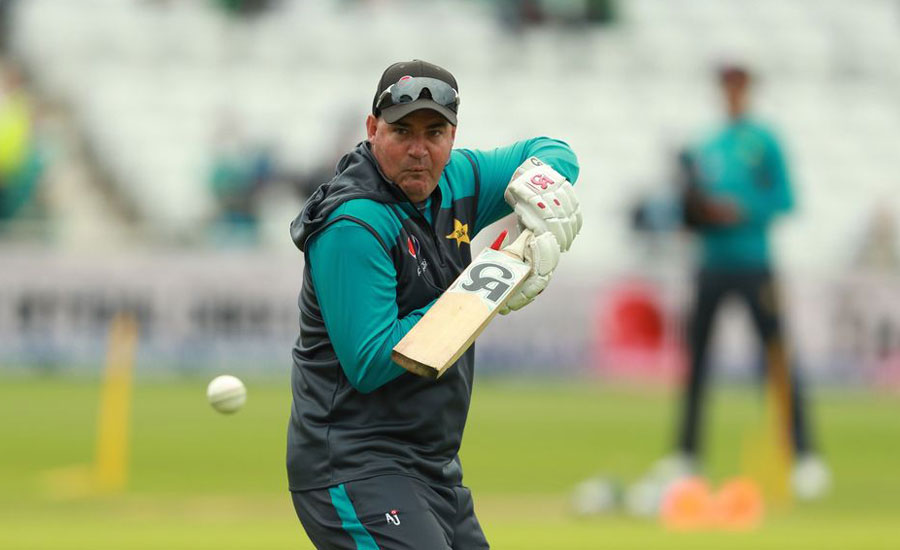 LONDON (92 News) - Pakistan's clash against India in Manchester on Sunday, 16 June, might be the most anticipated fixture of the ICC Men’s Cricket World Cup 2019, but for their coach Mickey Arthur, it is just another game.
“There's always pressure in any game, and these games carry exactly the same amount of points. They carry two points," Arthur said. "Obviously, there's a massive hype that's created a lot of time by the media. Our guys are prepared. We're ready. We're comfortable that we can get out there and perform, and we are so excited about the opportunity tomorrow.” This will be the first match in this World Cup at Old Trafford, and as a result, neither team will be completely sure about what this pitch will do. Consequently, Arthur said that no firm decisions on team composition have been made yet.

Thought you couldn't get any more hyped for #INDvPAK? You thought wrong. #TeamIndia #WeHaveWeWill pic.twitter.com/OD4LXToS2E

“Well, we had a little look at the pitch yesterday. It actually looked pretty brown and flat," he said. "So, we'll take that into consideration. We haven't made any decisions as yet, but by the end of training today, we'll be pretty clear in our mind which way we'll go.” One of the areas where Pakistan could look to improve is their fielding, and Arthur said it's one they have been working very hard on. “Look, we can't do more. We've worked the boys incredibly hard. Fielding is an attitude," he said. "Batting and bowling is something that you can't really control because you're up against somebody else. Fielding, you can control. You can control your attitude in the field.

Pakistan fans have been busy showing their support all over Manchester!#WeHaveWeWill #CWC19 pic.twitter.com/vZ8oiPvx1B

“When we get a little bit tentative, we tend to fall off the ball a little bit, and the message for the boys tomorrow is not to hold back. We want to leave everything out on the ground, whether that's with bat, ball, or in the field. And if we do that and not play a tentative game, we take the game on, which has been our mantra for a period of time now. Hopefully, it clicks, and everything goes well. “It only takes one moment of magic. It only takes one moment of brilliance, and it needs one guy to stand up and do that, particularly early in the game for us.”