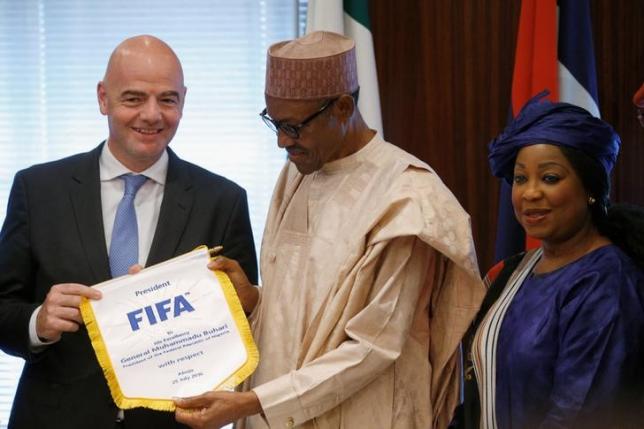 ABUJA, Nigeria – Africa should be given two more places at the World Cup finals if the tournament is expanded to 40 teams, FIFA chief Gianni Infantino told reporters on a brief trip to Nigeria on Monday. Infantino repeated his presidential election manifesto pledge to push for the World Cup to grow by eight teams to 40 and wants Africa to get at least two extra slots from 2026. "I believe for the World Cup 2026 -- because the 2018 and 2022 finals are already decided -- there should be 40 teams... and out of the eight more there should be at least two slots for African teams," he told reporters. "This is what I declared during my campaign and as you know I’m not a dictator but a democratically elected FIFA president, so I have to speak to everyone and listen to everyone as well,” he added in Abuja. An expanded World Cup was one of the key points in the election manifesto of Infantino, who was voted in as the president of world soccer's governing body in February. The next two World Cup tournaments have a field of 32 teams with Africa having had five places since the last increase in 1998, except for 2010 when, with the tournament hosted in South Africa, there were six African nations at the finals. –Reuters