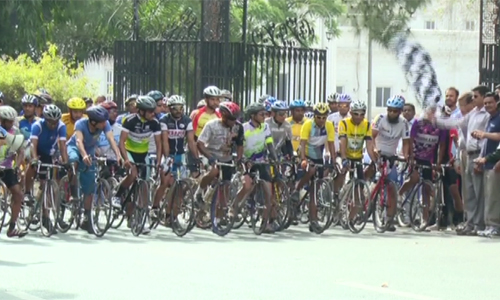 LAHORE (92 News) – The fifth leg of the Tour de Punjab Open cycle race started from Bagh-e-Jinnah on Thursday. The 60-rider contingent will stay in Gujrat en route Gujranwala. Balochistan’s Kafayatullah, who covered the 160km distance from Sahiwal to Lahore in four hours and 53 minutes, bemoaned that cycling is not a popular game as well as people are not aware of it. He said that cycle races events should be held regularly. He said that the game can be improved through the government’s attention. The participants expressed their resolve to win medals at South Asian Games.