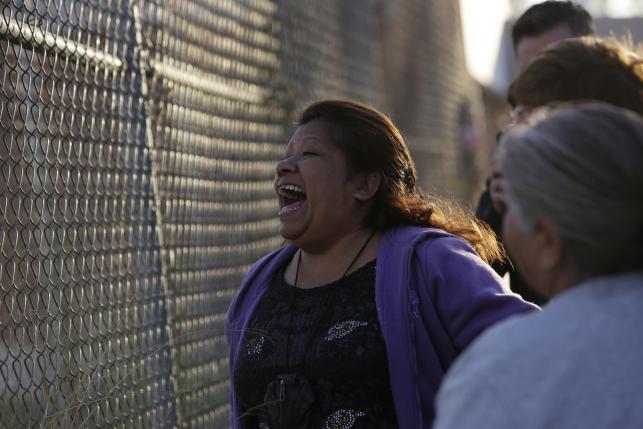 MONTERREY, MEXICO – A battle between rival drug gangs at a prison killed 52 people in the northeastern Mexican city of Monterrey, authorities said on Thursday, days ahead of a planned visit by Pope Francis to another jail in Mexico´s far north.

The incident was one of the worst in a series of deadly riots in recent years to rock the country’s overpopulated prisons, which often house inmates from different drug cartels.

Fighting broke out before midnight in two areas of the Topo Chico prison between a faction of the brutal Zetas gang and another group, Nuevo Leon state Governor Jaime Rodriguez said.

It was not immediately clear how the victims died but Rodriguez said there was no gunfire.

Rodriguez said the situation had been brought under control at about 1:30 a.m.(0730 GMT) on Thursday and ruled out a prison break. Worried family members outside the prison at one point forced open the prison gates and threw timber and stones at riot police inside, television images showed.

"I want to know that my daughter is okay. She is in the infirmary. There are children in there," said one woman outside the prison as other relatives shouted and cursed.

The areas holding women and elderly inmates were calm, and Rodriguez said no women or children were hurt.

Pope Francis is set to begin his first visit to Mexico as pontiff on Friday. Next week, he will visit a prison in the border city of Ciudad Juarez, which was once one of the most violent cities in the world.

Milenio TV reported that inmates' relatives who had been within the prison's premises for conjugal visits had seen inmates with burns. Twelve people were injured, five seriously, the state government said.

A 2014 human rights report said the prison was packed with 25 percent more criminals than it could hold, and faulted it for not preventing violent incidents. The prison has long housed members of the Zetas drug gang, known for extreme violence. One Zetas leader was stabbed to death there in September.

In 2012, at least 44 inmates died in another Nuevo Leon prison when members of the Zetas plotted with prison guards to stage an elaborate escape.

In 2013, at least 13 people were killed and 65 injured in a prison riot, blamed on gang violence, in the central state of San Luis Potosi.

Thursday's riot was a harsh blow to Nuevo Leon, where many were uplifted when Rodriguez, a blunt, outspoken rancher with a penchant for cowboy hats known as "El Bronco," or "the gruff one," defeated President Enrique Pena Nieto´s ruling party last year to win the governorship.

Rodriguez, a former member of Pena Nieto's Institutional Revolutionary Party, waged a campaign that capitalized on widespread disaffection with the established parties. He was the first independent candidate to win such a post in modern Mexico. –Reuters