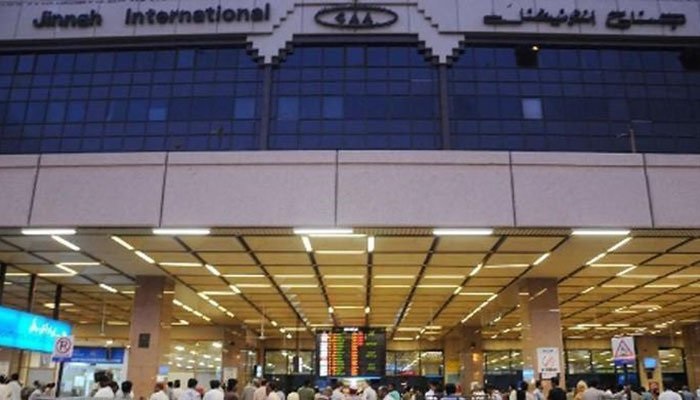 KARACHI (92 News) – A clash arouse between the two families while landed at Karachi airport after performaning umrah. As per details, the families got into a heated argument while on the plane. So when they entered the airport, the families started fighting. And those who had come to receive the families also indulged themselves in the fight instead of trying to resolve the issue. They attacked one another with slapping, punching and kicking in the lounge.