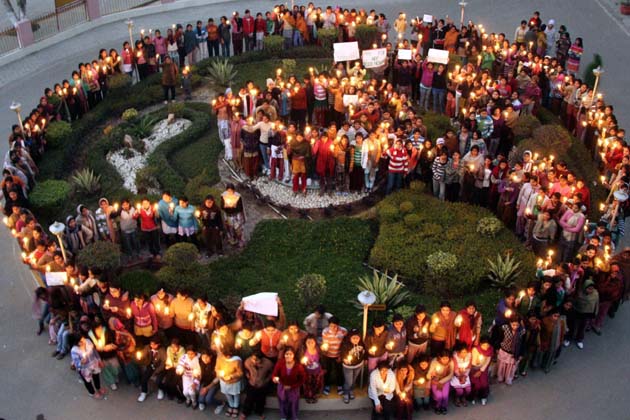 NEW DELHI (Reuters) - A new documentary based on the fatal gang rape of a woman in New Delhi in 2012 highlights gender inequality and sex crimes in India, with the seeming lack of remorse among those convicted of the crime shocking even the film's director. Leslee Udwin's "India's Daughter" features conversations with Mukesh Singh and fellow convicts who raped and tortured a 23-year-old woman on a moving bus in December 2012, sparking nationwide protests and forcing India to toughen anti-rape laws. The film will have its world premiere on March 8, showing in India as well as Britain, Denmark and other countries simultaneously on the occasion of International Women's Day. Comments released to the media showed that in the film, Singh blames the victim for the crime and resisting rape. "I got an insight and an understanding into the way he views women. That is what is extremely shocking, not what he did," Udwin told reporters in New Delhi on Tuesday. "Mukesh's attitude is: Why (are people) making a fuss about us, everybody is doing it." Udwin, producer of the 1999 British cult comedy "East is East" and its sequel, said she was inspired to make the film after watching thousands of people taking to the streets across India in protest against the Delhi gang rape. The British filmmaker worked with an Indian journalist for two years to film the hour-long documentary, culled from 31 hours of interviews with convicts in Delhi's Tihar Jail, South Asia's largest prison complex. Four men including Singh were sentenced to death, but their execution was later stayed on appeal by India's Supreme Court. One of the defendants hanged himself in prison, while another, who was under 18 at the time of the attack, was sentenced to three years in juvenile detention. Singh's comments in "India's Daughter" grabbed headlines in Indian newspapers on Tuesday and sparked outrage on social media. "A decent girl won't roam around at 9 o'clock at night. A girl is far more responsible for rape than a boy," Singh says in the film, according to a statement by the filmmakers. A rape is reported on average every 21 minutes in India while acid attacks, domestic violence and molestation are common. "As a woman I know women are undervalued, that men accord us not enough respect or value," said Udwin, a rape victim herself. "India's Daughter" was embroiled in a separate controversy after a newspaper alleged the documentary was filmed without the permission of Tihar jail authorities. Udwin denied this.