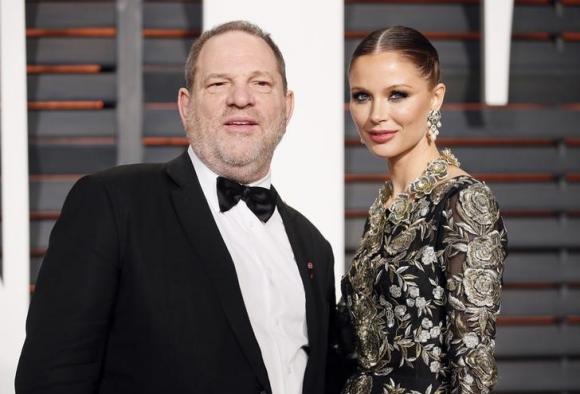 NEW YORK (Reuters) - "Finding Neverland," Hollywood film producer Harvey Weinstein's first hands-on foray into musical theater and which follows the British family that inspired Scottish playwright J.M. Barrie's classic children tale "Peter Pan," has staked its place on Broadway. After the reworking of the 2012 version that played in England and a dispute over publicity in New York, the musical will begin performances in March and open on April 15 at the Lunt-Fontanne Theatre. "Finding Neverland," with music and lyrics by Gary Barlow of British pop group Take That, chronicles Barrie's friendship with the widow Sylvia Llewelyn Davies and her young sons. Barrie, a playwright, is in the midst of a career slump and suffering from writer's block when he meets and befriends the family in a London park. They help him find joy again in his life and the imagination and courage to write his tale about the boy who can fly and who never grows up. "At the end of the day, this is about the power of imagination, and what better place to explore that than in the theater," said Matthew Morrison, the Broadway veteran and star of the hit TV series "Glee," who plays Barrie in the musical. "Finding Neverland" marks a return to Broadway for Morrison after a seven-year absence. The musical also stars "Frasier" actor Kelsey Grammer in the dual roles of Captain Hook and Barrie's theatrical producer Charles Frohman. "Finding Neverland" is based on Weinstein's 2004 film of the same name, starring Johnny Depp as Barrie and Kate Winslet as Llewelyn Davies. Although Weinstein has been involved in other Broadway shows, this collaboration with Tony-winning director Diane Paulus ("Pippin") is close to his heart. "The alchemy is mine and Diane has been the leader ever since and it has been great," Weinstein told Reuters. He credits his four daughters, whom he said don't agree on anything, for being the impetus for adapting the film into a musical. "They are really happy I am doing it. Here is a show that unites them and hopefully unites other families," he said. The musical, which had a run last summer at the American Repertory Theater in Massachusetts, has not been without problems. Weinstein brought in a new creative team following the English production in 2012, and he parted ways with New York publicist Rick Miramontez after a disagreement about how the musical was being promoted.