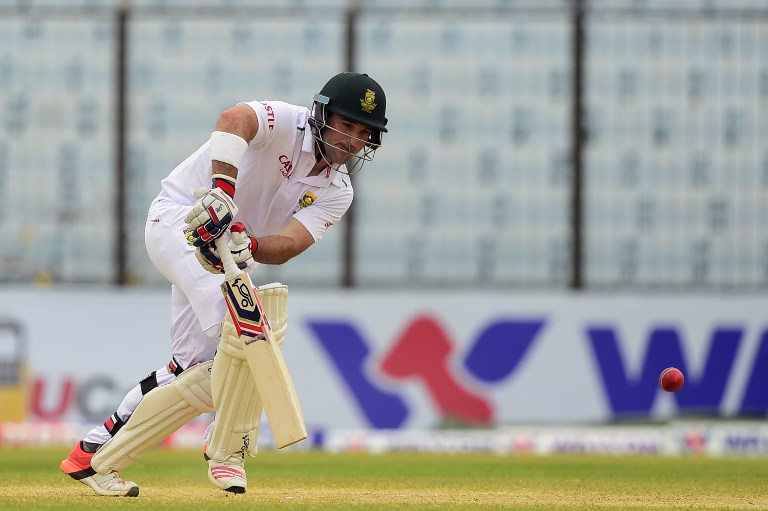 DHAKA - The rain-marred, two-test series between South Africa and Bangladesh ended in a predictable draw on Monday after the final day's play of the second match was called off without a ball being bowled due to a wet outfield. Since Bangladesh finished the opening day on 246 for eight, heavy rain prevented any chance of play over the next three days at Mirpur's Shere Bangla National Stadium. The downpours left the ground with a soaking wet outfield, prompting match officials to call off the entire final day even though it was not raining when the decision was made. Six out of the 10 days in the entire series were thus lost to rain, questioning the logic behind scheduling the tour during monsoon season. The first test in Chittagong was also hit by the weather. Only 221 overs could be bowled there, with rain curtailing play on the second and third days before wiping out the last two days of the drawn match. "To have four days rained out is unusual," South Africa captain Hashim Amla said at Monday's presentation ceremony. "Whatever happened, happened. The cricket has been tough." He cited paceman Dale Steyn claiming his 400th test wicket in the match as the highlight for the visiting top-ranked test team, who lost the preceding one-day series to their plucky hosts. Counterpart Mushfiqur Rahim said Bangladesh would take positives from the results of the tour into the home series against Australia in October. - Reuters