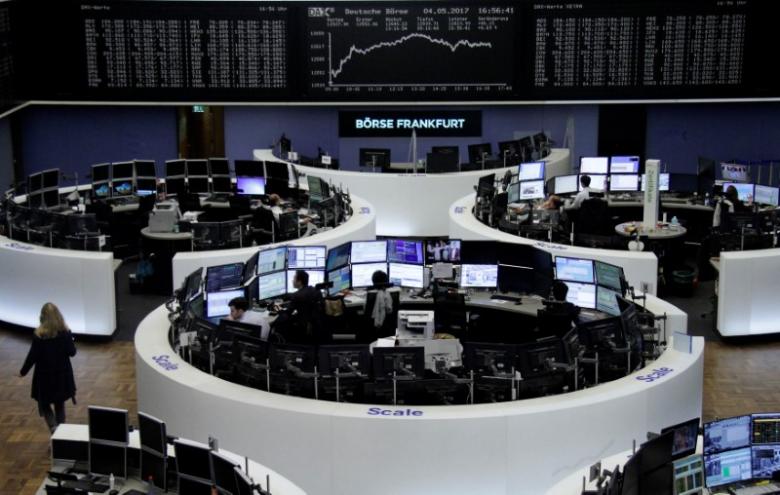 LONDON - European shares fell in early deals on Wednesday, slipping from 21-month highs reached in the previous session, as disappointing results weighed on individual stocks, though index losses were capped by strength in financials.

The pan-European STOXX 600 index was down 0.2 percent, slipping from a 21-month high reached in the previous session. Most European benchmarks eased with the DAX and France's CAC 40 coming off record highs.

More broadly, construction and materials stocks were the biggest sectoral fallers, led lower by a drop in HeidelbergCement after reporting that first-quarter operating profit slipped 3 percent.

Financials stood out, with Dutch bank ING gaining 2.7 percent after its first-quarter underling pretax profit came in ahead of expectations. French insurer AXA also gained more than 2 percent after it said that it planned to float its U.S. businesses in 2018 to free up capital.

A positive trading statement from UK housebuilder Barratt Developments lifted its shares 3.3 percent, as it said that it expected 2016/17 pre-tax profit to meet the top end of market expectations.