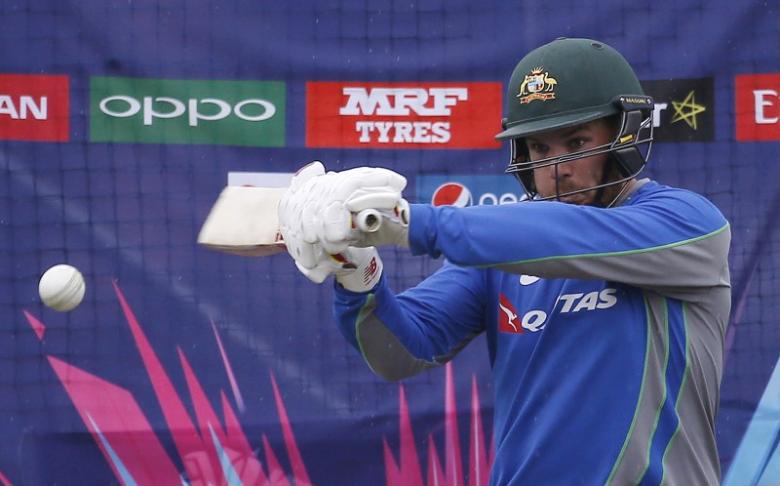 MELBOURNE - Australia batsmen Aaron Finch and Chris Lynn have been ruled out of the two-match Twenty20 series in Sri Lanka with injuries. Finch broke his right index finger when fielding in the final one-day international against the hosts in Kandy on Sunday, while Lynn suffered another injury to his troublesome left shoulder. “Aaron was hit on the right index finger when fielding a ball and subsequent X-rays have shown a fracture which means he will not be available for the remaining two T20 International matches,” team physiotherapist David Beakley said in a media release on Monday. “Chris dislocated his left shoulder whilst diving during a fielding drill at training today. “Consequently he will be unavailable for the remaining matches and instead will return to Brisbane to undergo further investigation to determine the full extent of the injury.” Wicketkeeper-batsman Matthew Wade would stay on in Sri Lanka to replace Lynn for the T20s and George Bailey would remain for the first before returning home, Cricket Australia said. The shoulder problem is another cruel blow for 26-year-old Queenslander Lynn, who made his international debut with a T20 match against England in Jan. 2014 but has been limited to five matches since. He had surgery for a rotator cuff problem on the shoulder in 2014 which wiped out much of his season and broke down again the following year with a similar injury sustained during a fielding drill. Australia won the one-day series 4-1 to shore up top spot in the world rankings. -Reuters